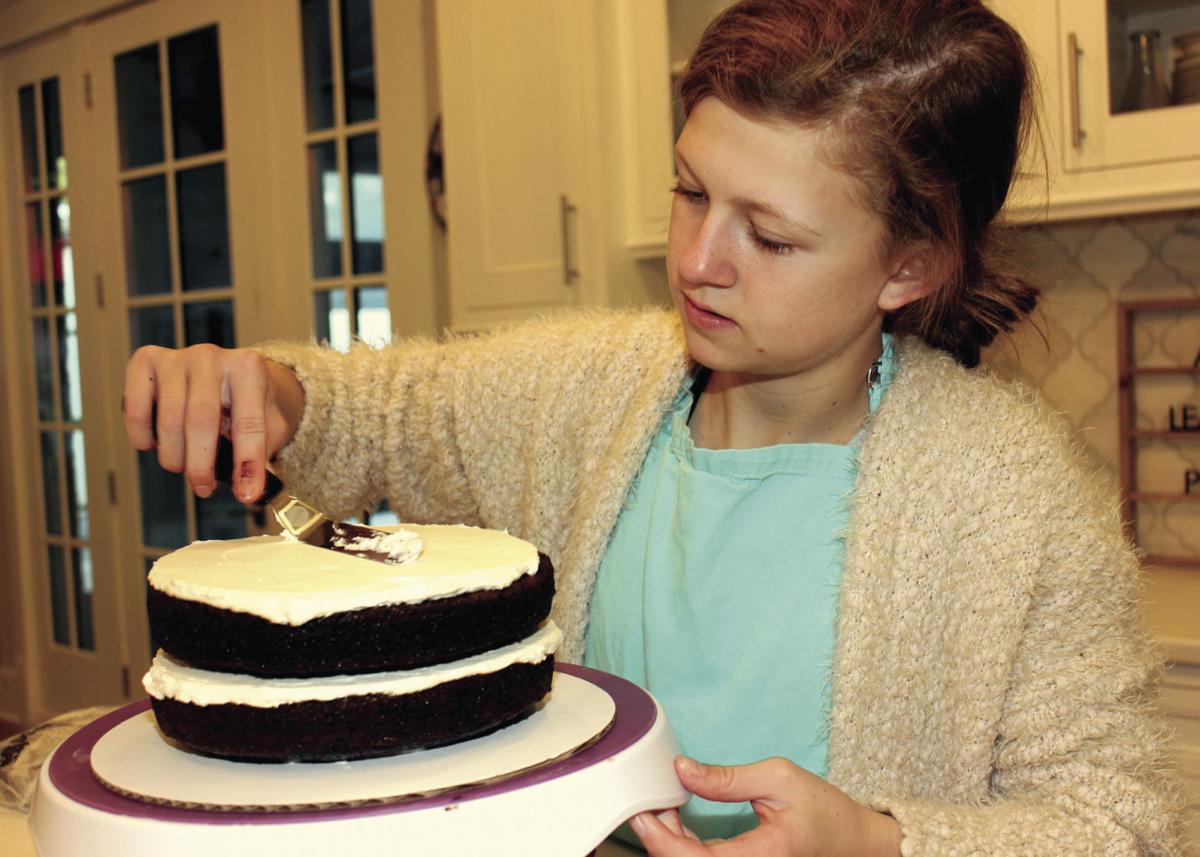 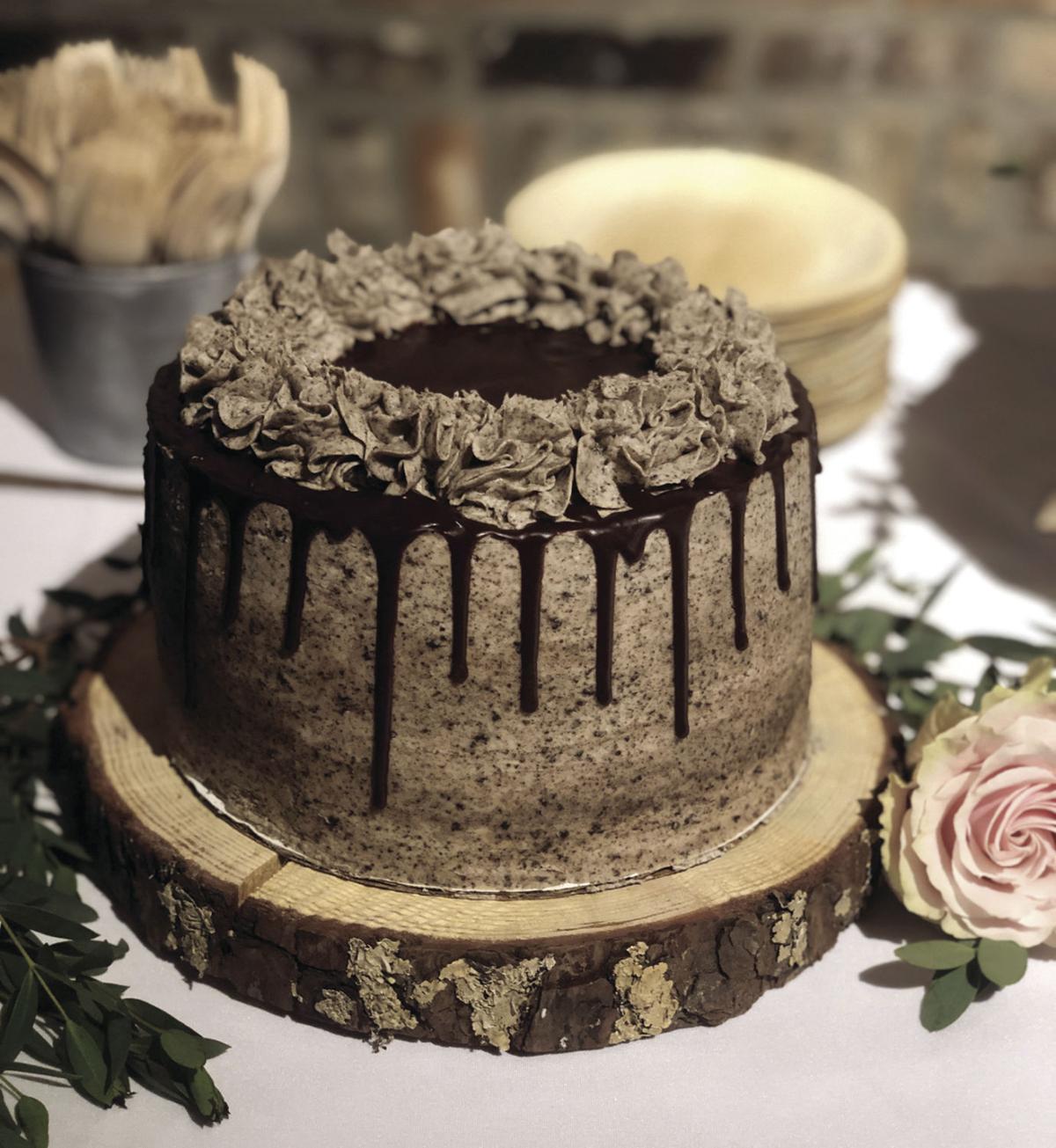 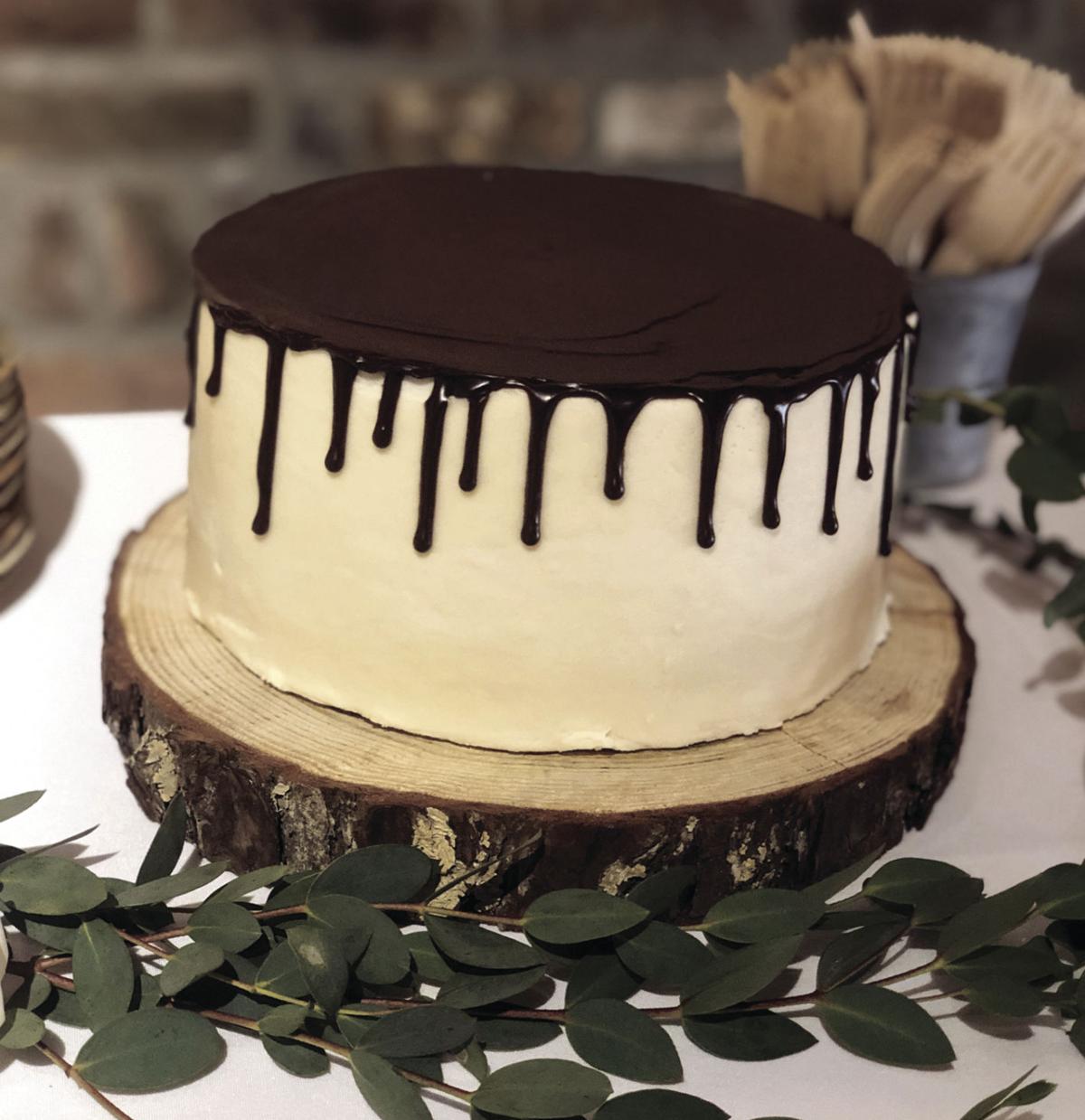 This divine cake is as beautiful as it is delicious.

This divine cake is as beautiful as it is delicious.

It’s both rare and wonderful when a kid knows what she or he wants to be when grown up. Even more rare, is the child who is already on the path toward that goal at a very young age.

Such is Tori Church.

She wants to be a baker. And she wants to own her own bakery. Already, she has her own little business, Crumbs Bakery, which operates out of her home kitchen.

She turns 13 in December.

So not only does she bake from scratch and sell her cakes, cookies, cupcakes and tarts, she has already been on Food Network! She’s an avid fan.

She applied, and through a lengthy process, was chosen to be one of nine to be featured on the Kids Baking Championship series. Her colleagues were in the 10 to 13- year-old range.

“It was amazing,” said the young baker as she tended to a cake she was making. “I was nervous during the filming segment. I had to make two desserts from scratch in under two hours.”

A daunting task for an adult, much less a child.

“My two desserts were a cake that looked like it was covered in splatter art, and the other, “Angry Bird Cupcakes”. Her cinnamon cupcakes were a winner and allowed her to continue in the competition.

She and her mom, Natalie Church, were in Los Angeles for a over a week during the competition.

While she was not the ultimate winner, she won in a myriad of other ways, having the experience of being on national TV, meeting other young people who share her aspirations and upping her own game.

She had her first baking class at age 11; her aunt, also a baker, took her to Sugar Drop in Brentwood.

“I immediately loved it,” said the poised, polite and charismatic young girl. Conversing with her is more like chatting with an adult than a young teen.

Prior to baking, her hobbies were sports. They still are. She plays travel basketball and volleyball for David Lipscomb High School. She was headed to volleyball practice immediately after sitting in her kitchen, working on a cake and talking with her mom and me.

But her big dreams are all in the oven. She plans to go to a culinary school that has an emphasis on baking.

After that first class, her aunt took her to a second one at Sugar Drop. She kept herself on a path of learning.

And Tori has even taken a class in New York City with Chelsey White, a pastry chef on Instagram who has nearly a million followers. Tori and her parents were in New York City when Tori discovered there was a class scheduled while they were in the city. Against all odds, she grabbed a spot, albeit last minute.

“I was just a beginner in the Sugar Drop classes. By the time I went to the class in New York, I was further along. That class taught me so much, and really moved me forward,” said Tori.

She began her own business as word of mouth spread by friends and family who ordered special occasion cakes, cookies and cupcakes from her. Now she has customers in abundance; so many that at times she has to turn orders away.

After all, there are so many hours in the day aside from school and sports.

Her cake creations are generally for special occasions. None more special than weddings; she has already made the cakes for two weddings. She has a four-tier cake on order for a January wedding. It’s for a couple who interviewed five bakers and chose Tori.

“There is some pressure involved when I do wedding cakes,” she said. “It’s such a special day for the couple, their friends and family, that I want the cake to be equally as special.”

She offers both buttercream and fondant icing to cover cakes of cinnamon, chocolate and vanilla. While she can make intricate flowers to embellish her creation, her first two brides have chosen to have real flowers on their cakes.

“Generally, I don’t care for the taste of fondant,” she said. “You can do a lot with it design wise, but it’s not as tasty to me as buttercream. I make my fondant with marshmallows which is more tasty.”

She hones her craft from lessons, watching Food Network, videos on social media and from cherished cookbooks. One of those cookbooks is by Daisy King of Miss Daisy’s Kitchen in Franklin. The veteran culinary artist and cookbook author is welcoming Tori’s cakes to her refrigerator shelves with great excitement.

“Tori is absolutely wonderful,” said King. “Here she is, just a child, but such an adult. She’s humble, sweet and passionate about baking. I love that she will share some cakes with me for my customers.”

Imagine this young teen who plays sports, bakes cakes, runs a business, who has already appeared on national TV, and who is doing it all as she quietly battles Cystic Fibrosis. Diagnosed at age three, Tori has grown up with the disease, but it in no way defines her. She takes breathing treatments for two hours every morning and evening, along with daily meds. A new medication, just approved by the FDA, will be added to her regimen very shortly.

“This is one of the biggest advancements that has come along in the battle against the disease,” said her mom. “We are so excited to begin the regimen. It should slow the disease significantly.”

This young teen is simply incredible, as are the fruits of her labor. Better get in line for holiday orders. Order via Crumbs Bakery on Instagram or Facebook or at Miss Daisy’s Kitchen.