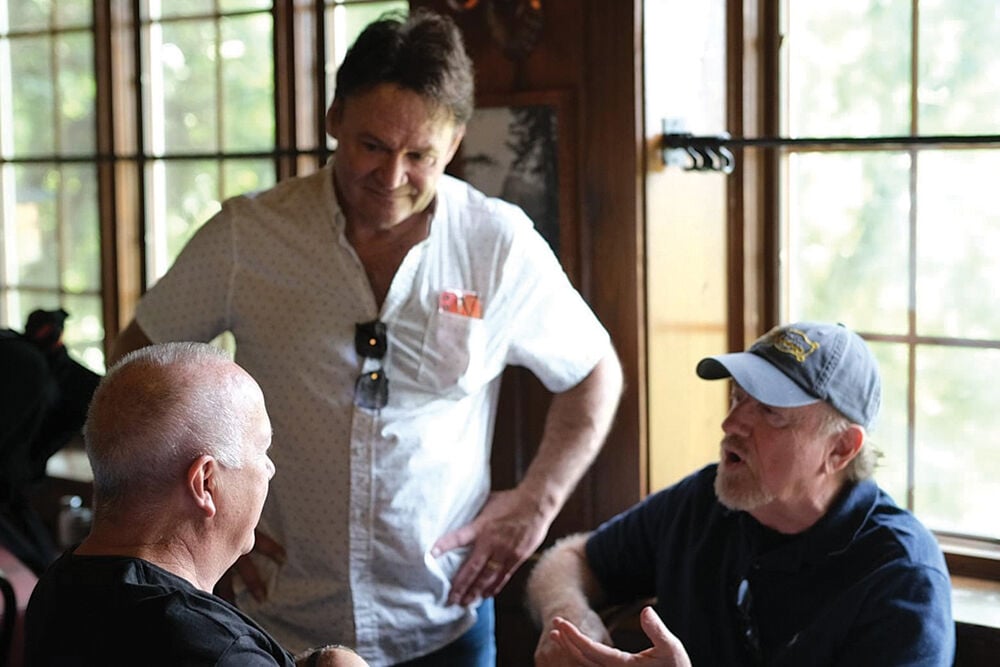 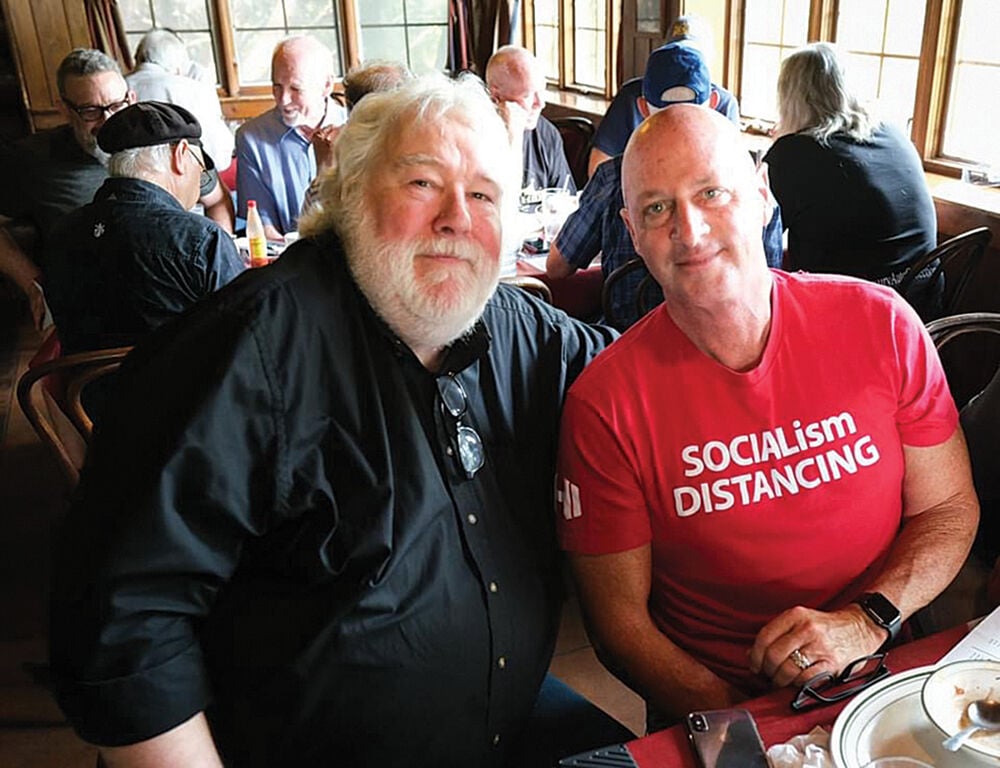 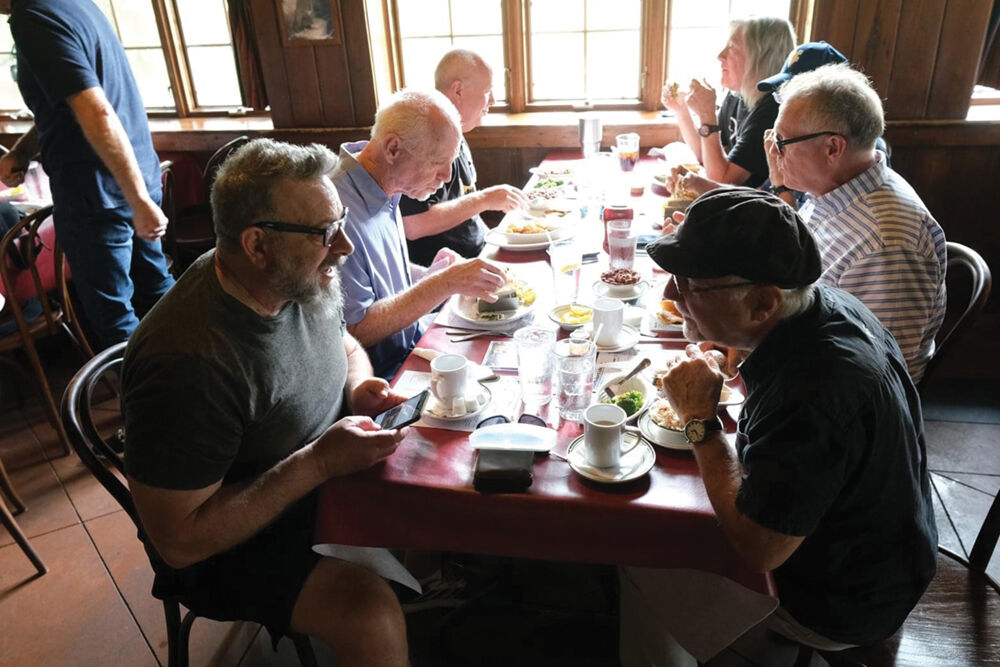 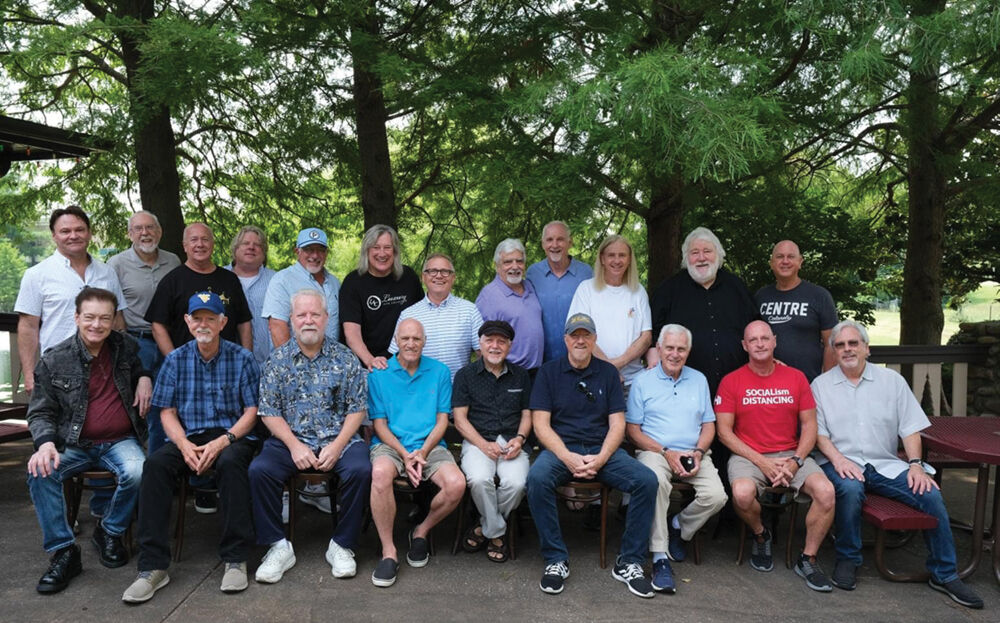 The idea for the lunches began with Brian Mason. For 31 years, Brian hosted a Sunday morning CCM radio show. When it ended, he missed the contact with the artists who had become his friends over the years. He wanted to find a way to stay in touch. So, he launched the idea of a get-together luncheon, and the first one was held on Jan. 24, 2013.

In the beginning, the “Dudes,” as they call themselves, decided to keep the group as it was and not include executives or women. They wanted the luncheons to be a safe place to enjoy themselves as well as share things in a private, protective setting.

This year, Brian invited me to be a part of the Dudes luncheons. I was never a music executive nor a musician, but during my television career, I got to know most of the men while interviewing them and reporting on their music.

At my first luncheon, I was a little nervous, not knowing what to expect. But, I was immediately welcomed, and, like Brian, it was good to see so many faces I had known over the years. We are all a little more gray, but the spirits are as young as ever. There was laughter, jokes and career updates, health concerns and prayer.

As you might imagine, prayer is a big part of the luncheons. Prayer gives the men a chance to hold each other up. If someone has a need, he can share it with the group. The men always make a point to pray for each other. This practice has seen torn relationships mended and serious illnesses healed all through the love for each other.

All the Dudes are special men. One who has not been able to attend of late is Ken Mansfield. Ken was the U.S. manager for Apple Records. Through his career, he worked closely with the Beatles and shared many special moments with the “fab four.” Ken has been ill and not able to attend the luncheons of late, but there is always an update on his health and a greeting sent to the group.

I spoke with Ken by phone, and he shared how much the Dudes group means to him. He has been in the group from the beginning and says knowing the men is special.

“I can feel their love and prayers when I am not there in person,” he says.

Through the years, there have been losses. Some Dudes have moved away, and some have passed away. Names like Joe Moscheo, Rick Elias and Kenny Marks.

But the group is not always about themselves. Over the years, there have been opportunities to hit the road in a special way. Some have taken the time to share their gifts at the state prison as well as assisted care facilities. Once, when a friend lost a child in a vehicle crash, the Dudes banded together to put on a benefit concert to raise money for the family.

A highlight for the Dudes this year is a summer barbecue and hymn sing. Before COVID-19, the Dudes used to try and get together two or three times a year for fellowship with families and some music industry folks. But this year, the musicians will bring their instruments, which will turn into a very special impromptu concert.

The Dudes have never done a hymn sing before this year, but Mason decided that would bring added joy to the event. The BBQ Hymnal is a compilation of songs everyone grew up singing. Mason says he is really looking forward to this being the first, adding, “I’m sure no single denomination will want to claim us.”

For all of us, it’s great to have a special group of friends like the Dudes. I hope you have yours.