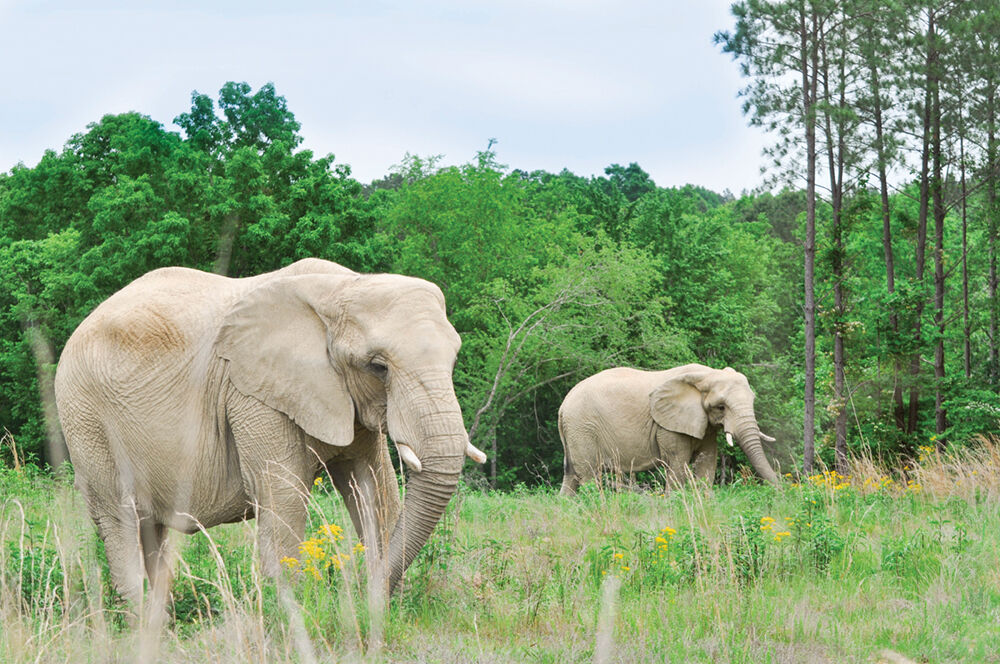 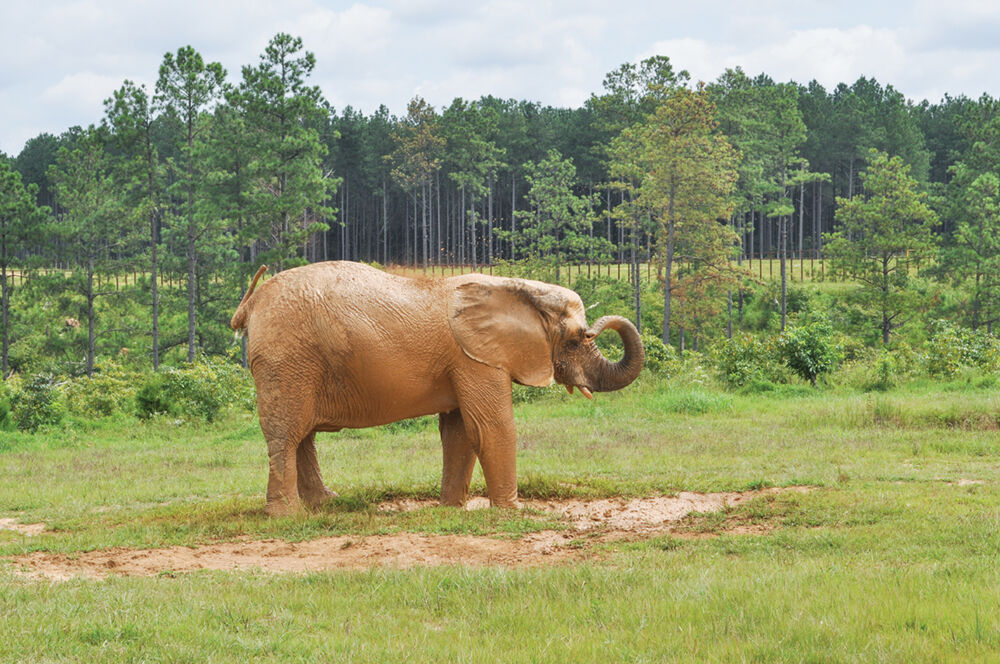 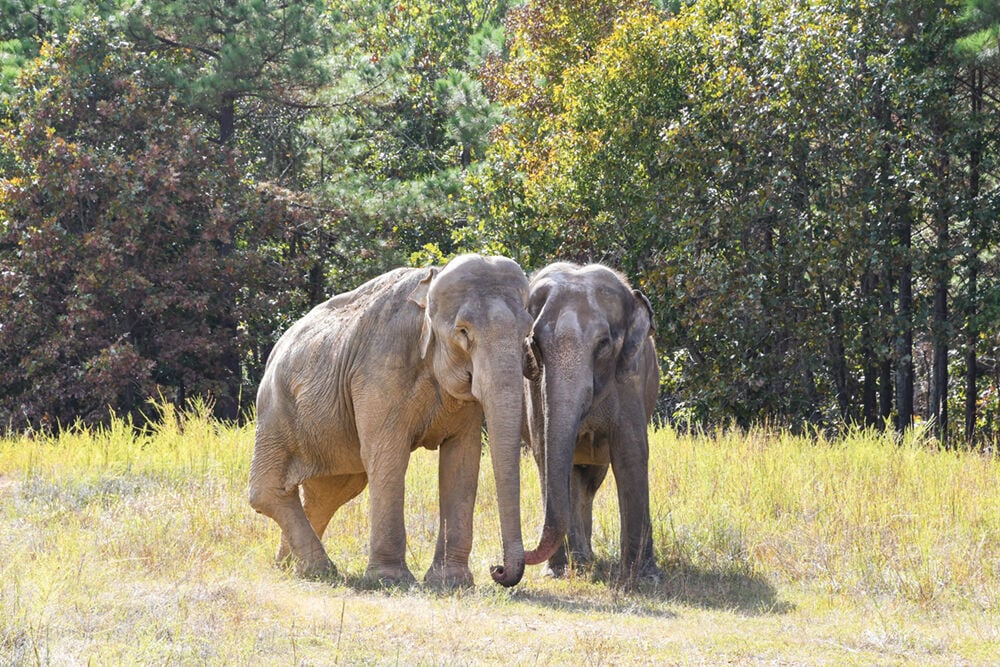 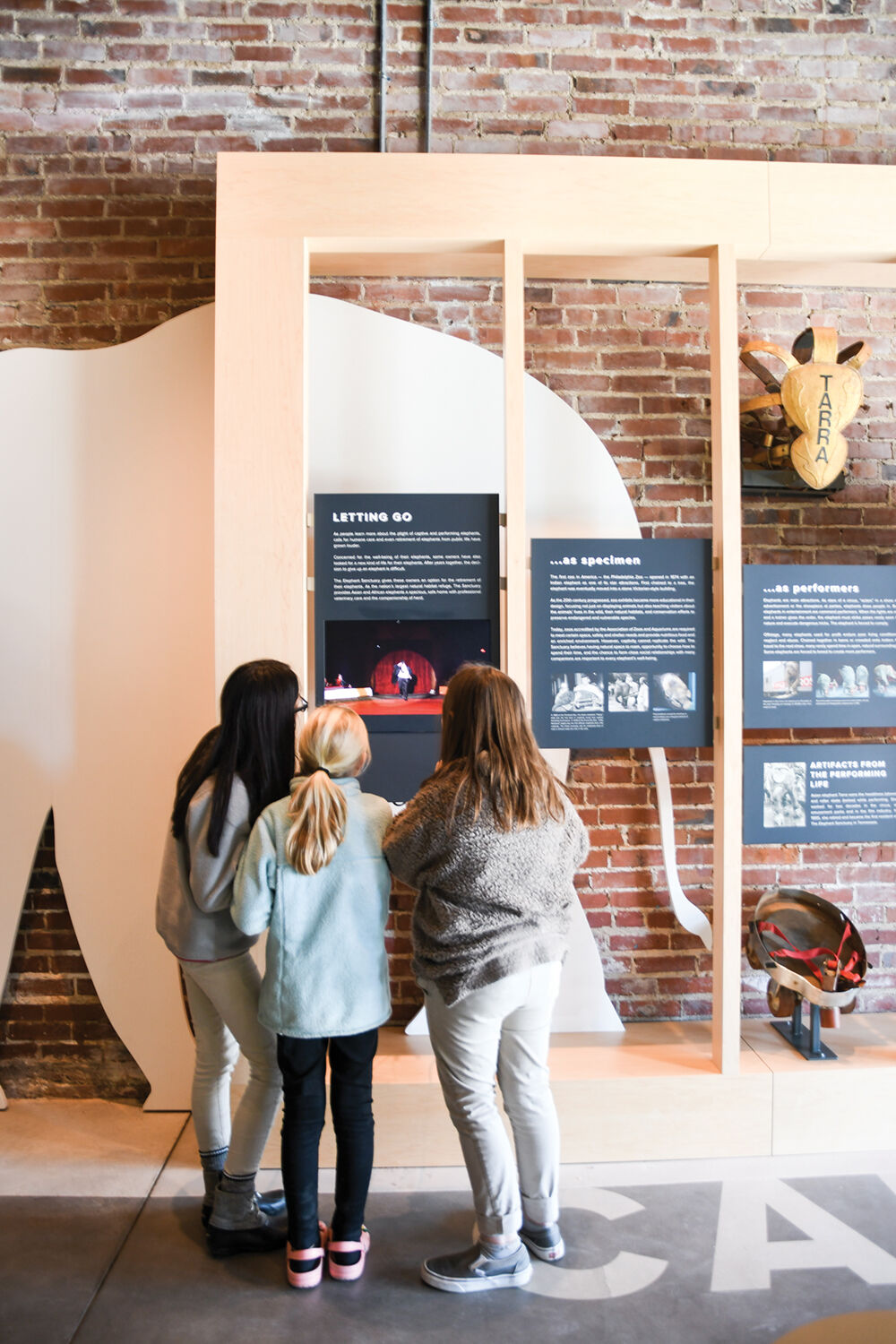 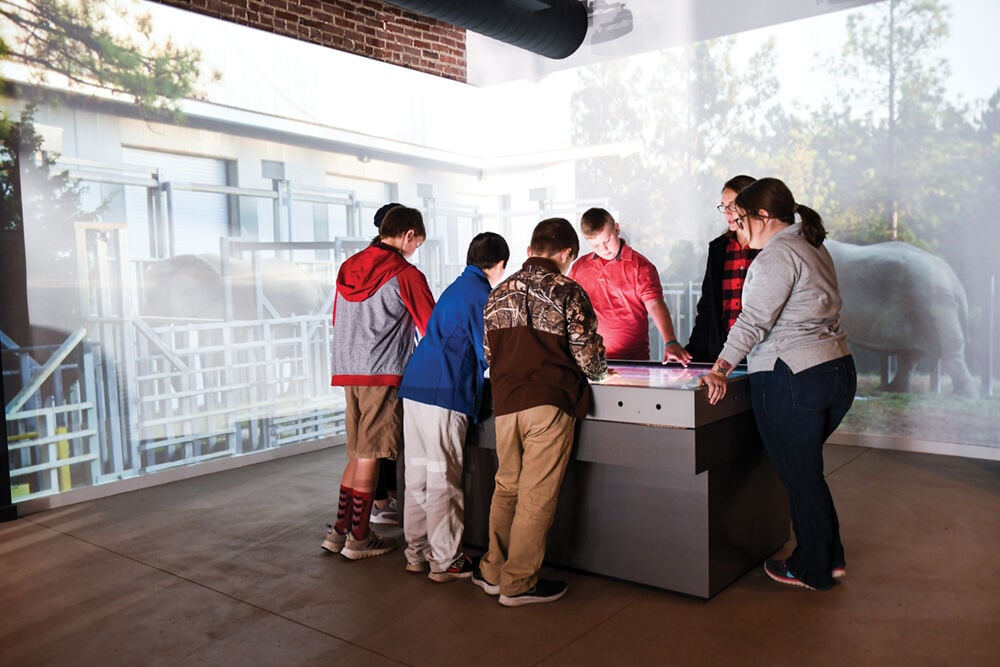 We’ve all heard that descriptive metaphorical idiom of “Let’s address the elephant in the room,” but what if you have 11 elephants? Eleven enormous creatures that need to be cared for, fed, kept healthy and provided for in order to live their best lives? If you have eleven elephants to care for, you might be a part of the staff at the Elephant Sanctuary in Hohenwald, TN.

The Elephant Sanctuary is a non-profit organization licensed by the U.S. Department of Agriculture and the Tennessee Wildlife Resources Agency. Founded in 1985, The Sanctuary has provided a home to 28 elephants since its inception, all retired from private ownership, zoos and circuses.

The caregivers at The Sanctuary will be the first to tell you that they operate on elephant time and not their own. Elephants are intelligent creatures and if they aren’t quite ready to do something, then the caregivers will be the ones to wait. “The elephants really are allowed to be elephants,” says Sanctuary Education Manager, Joy Owens. “They can sleep when they want. They can get up when they want. And eat when they want, go outside, come in the barn, it’s really up to them. Of course the care givers and the vets have things they need to do with the elephants for their individualized health care, but they will be the first to tell you that all of that happens on elephant time.”

This unique sanctuary originally occupied 200 acres when it first opened, and with the acquisition of more land, it has expanded to 2700 acres and a current population of 11 elephants. “The physical growth allows us to take in more elephants, have more space for them to roam, more than they’ve experienced before,” Joy says.

Many ask, ‘Why Tennessee?’ The first elephant in the sanctuary was an Asian elephant named Tarra. Tarra was born in Burma (now Myanmar) in 1974. At six months old, she was separated from her family and brought to the United States in a wooden crate via cargo plane. Tarra was then sold to a tire salesman, who put her on exhibition at his store in southern California. Soon after, a local student, Carol Buckley, became Tarra’s caretaker. They spent the next two decades working together in circuses, amusement parks, zoos, on TV, and in movies. Tarra was known for roller skating and painting.

She eventually was on loan to the Nashville Zoo. She had moved around quite a bit and her owners were trying to find a place, much like the sanctuary, for her to have a home, but at the time nothing like that existed. The search began around 1992-1993. “A realtor mentioned to Tarra’s owners that they should check out a small town called Hohenwald,” Joy says. ”The land was cheaper than Nashville. The owners found this very property that was beautiful, had natural streams, creeks, was not flat and knew this was similar to their natural habitat,” she adds. In 1995, Carol Buckley and Scott Blais founded the Elephant Sanctuary of Tennessee and all 8’2” of Tarra retired there at the age of 21. She was its first resident.

The Sanctuary serves as a permanent respite for these large, majestic animals. Asian elephants like Tarra, are different from African elephants. Asian elephants have smaller ears. African elephants have large, floppy ears. Physically, Africans are bigger and stronger. In captive populations, Africans tend to be younger. The first elephant to come to the U.S. was Asian. They were first brought to the U.S. for performance and entertainment purposes. Tracking back to the 18th century (1700’s), no one had ever seen an elephant in person. They were considered a wonder, a freak show, a side show. PT Barnum popularized them and made them famous.

Today, elephants are not used in this way nearly as much although there are still minor circuses traveling with small elephants but it’s getting harder to do that. The strangely popular 2020 Netflix hit, “Tiger King,” would be a good example of this type of venue. States and cities are passing laws against performing with exotic animals and if they can’t travel or perform then they can’t make money.

Roadside zoos like that showcased on “Tiger King,” still have elephants and elephant experiences. They advertise that they are all about elephant conservation but when you visit, they are letting people ride the animals and they should be observation only facilities.

All of the Sanctuary’s elephants have come from within North America with the exception of one from Canada. Joy states how the Sanctuary always desires to bring elephants to their grounds. “All elephants in the U.S. are owned by someone, an organization or an individual so their home ultimately lies with that particular owner. Even if we think they are in a less than ideal situation. We always encourage people to speak up when they see animals that they feel aren’t in ideal situations, put pressure on owners to shape up, or by reaching out to the owners, starting discussions, etc.” she adds.

Other elephants are enjoying their senior years at the Sanctuary. Tarra is now 47 years old, but that’s young in comparison to Shirley, who is 72 and the oldest “Elderphant” in the United States. Another elephant, Billy, originally labeled an aggressive elephant because she did not want to listen to her trainers in the circus, has found a calm and trusting environment in Hohenwald where she was given back her freedom. While still nervous at times, she’s a much more confident elephant now at the age of 59. Elephants can live into their 60’s & 70’s.

Moving forward, the Sanctuary hopes to continue providing a safe and wild environment for the elephants to live out their lives. “We evaluate new elephants on a case by case basis, thinking through how they will integrate into our population, do they have health issues, etc. None are disqualifiers. No one has been turned away. We want to connect with more people. Continue to get the message out. That’s what I spend most of my time doing,” Joy says. “We are not open to the public because we want the elephants to exist as naturally as possible without the added stress of being observed. Our Elephant Discovery Center on Main Street in downtown Hohenwald is a great place to learn all about what we do. We hope people will take the time come visit and find out!”

Can call or email