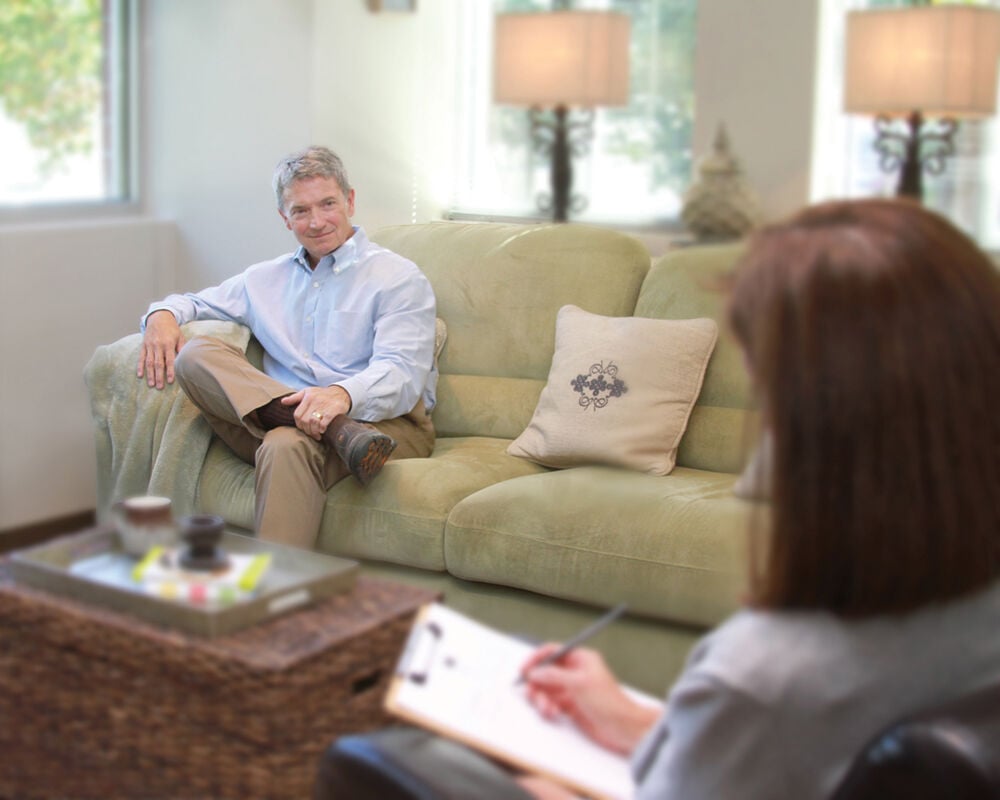 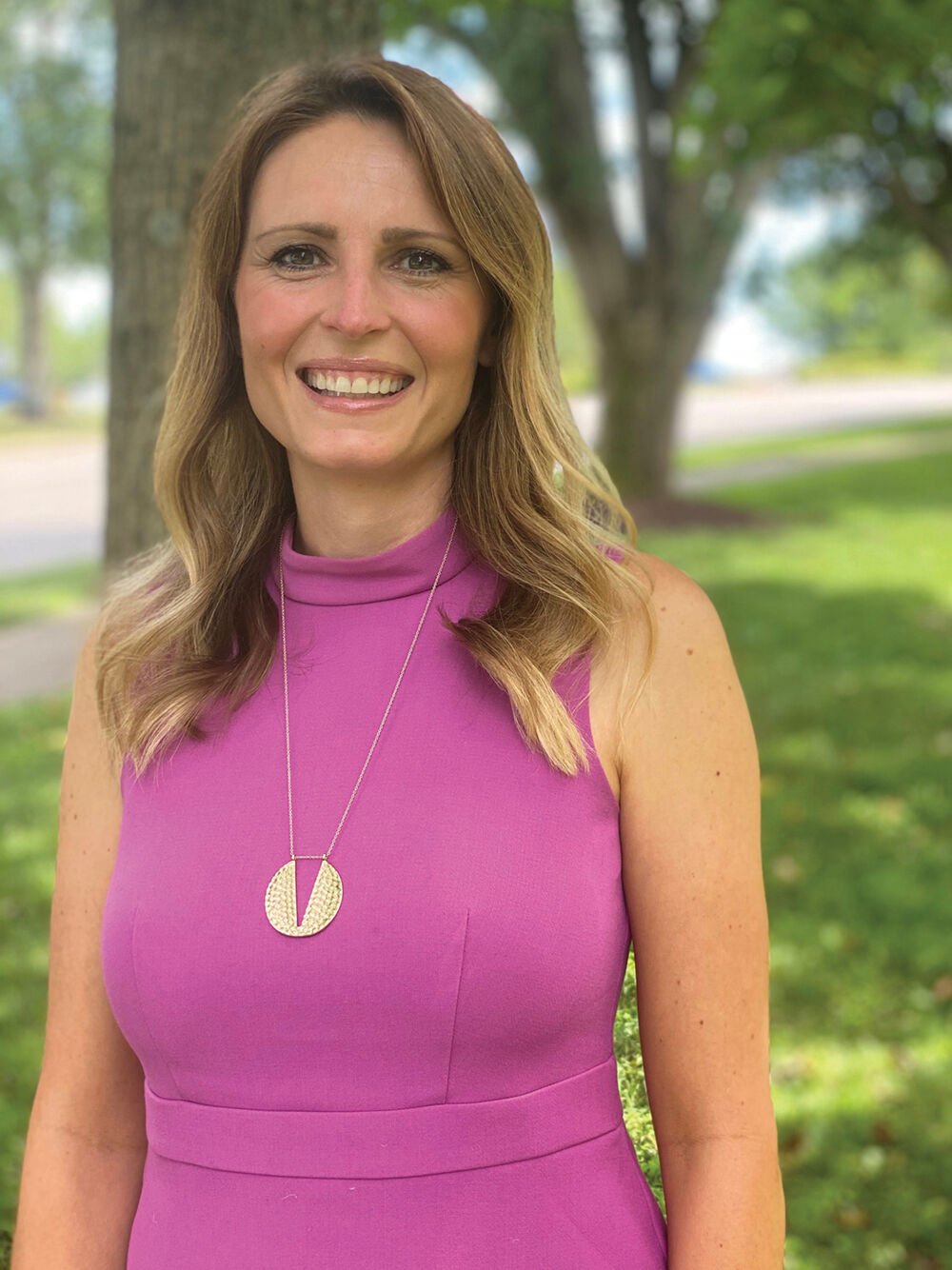 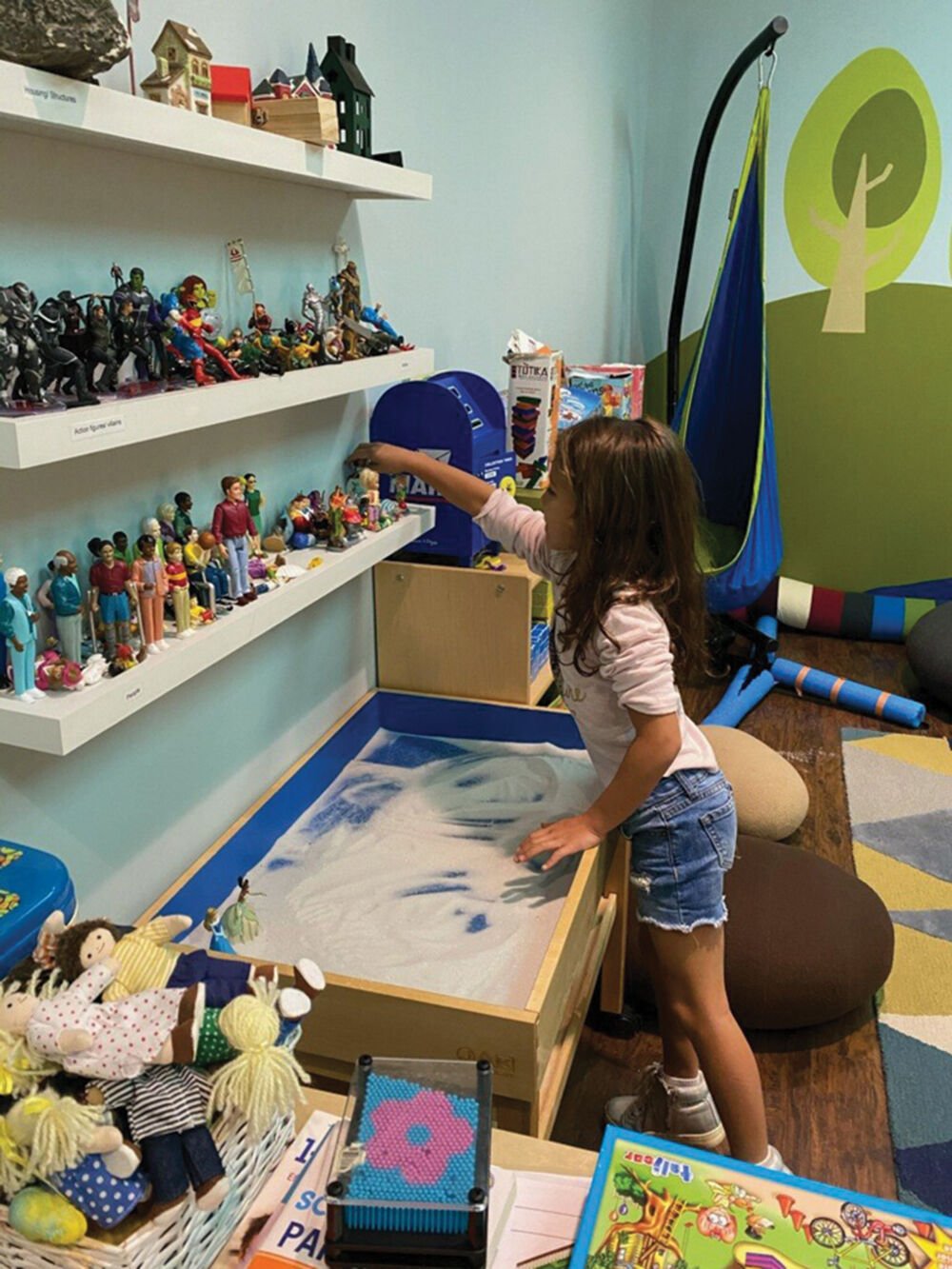 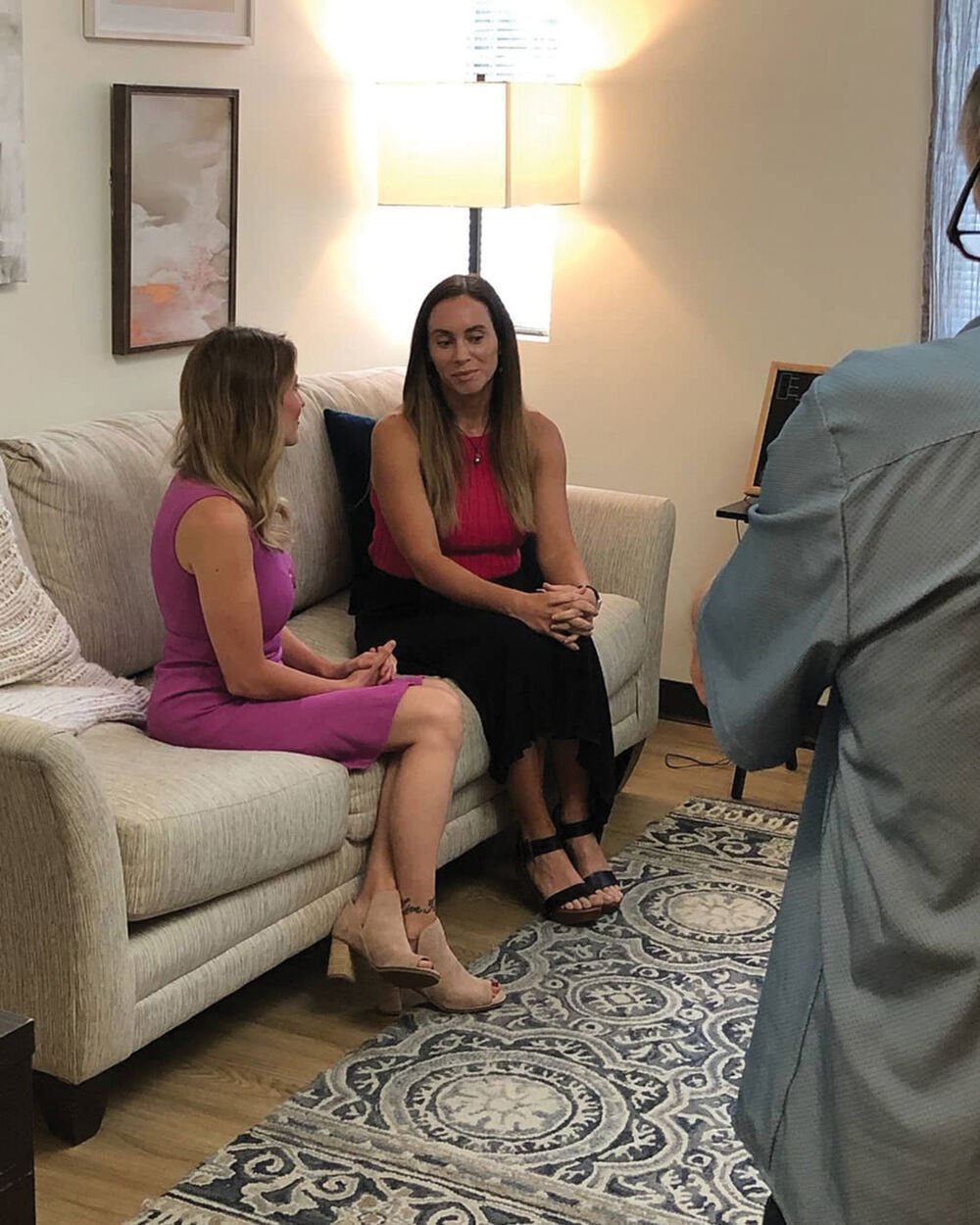 Currently, the Refuge Center provides about 28,000 counseling sessions every year. Once its new facility is built, its capacity will increase by 30% 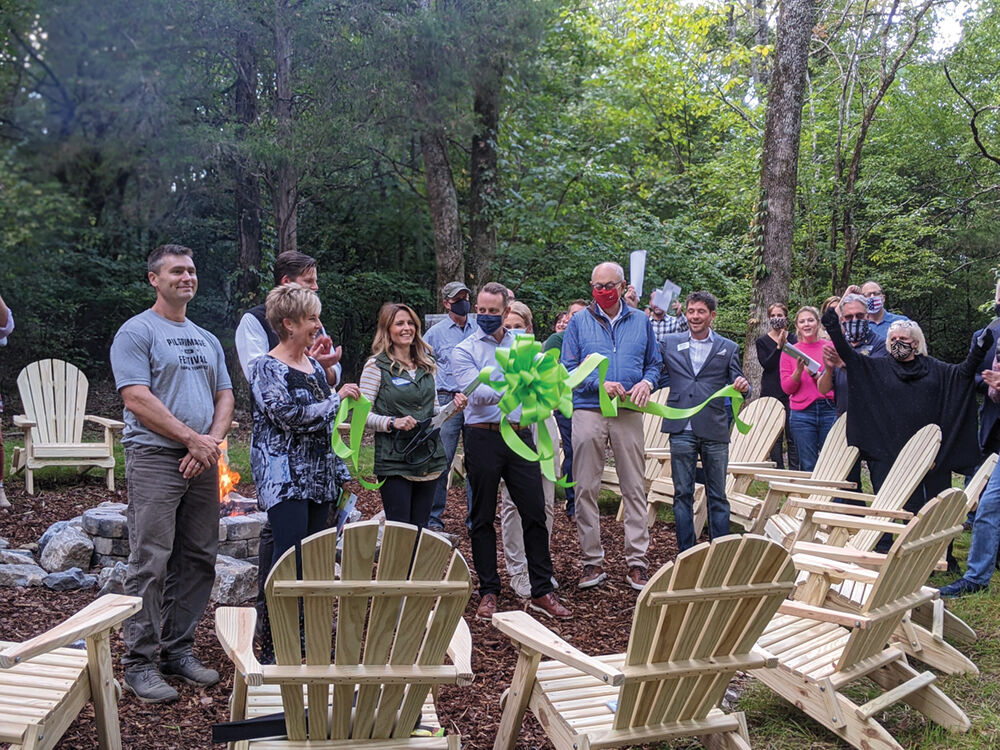 Williamson Inc. held a ribbon-cutting ceremony to celebrate the Refuge Center for Counseling’s final payment on the property for their new campus 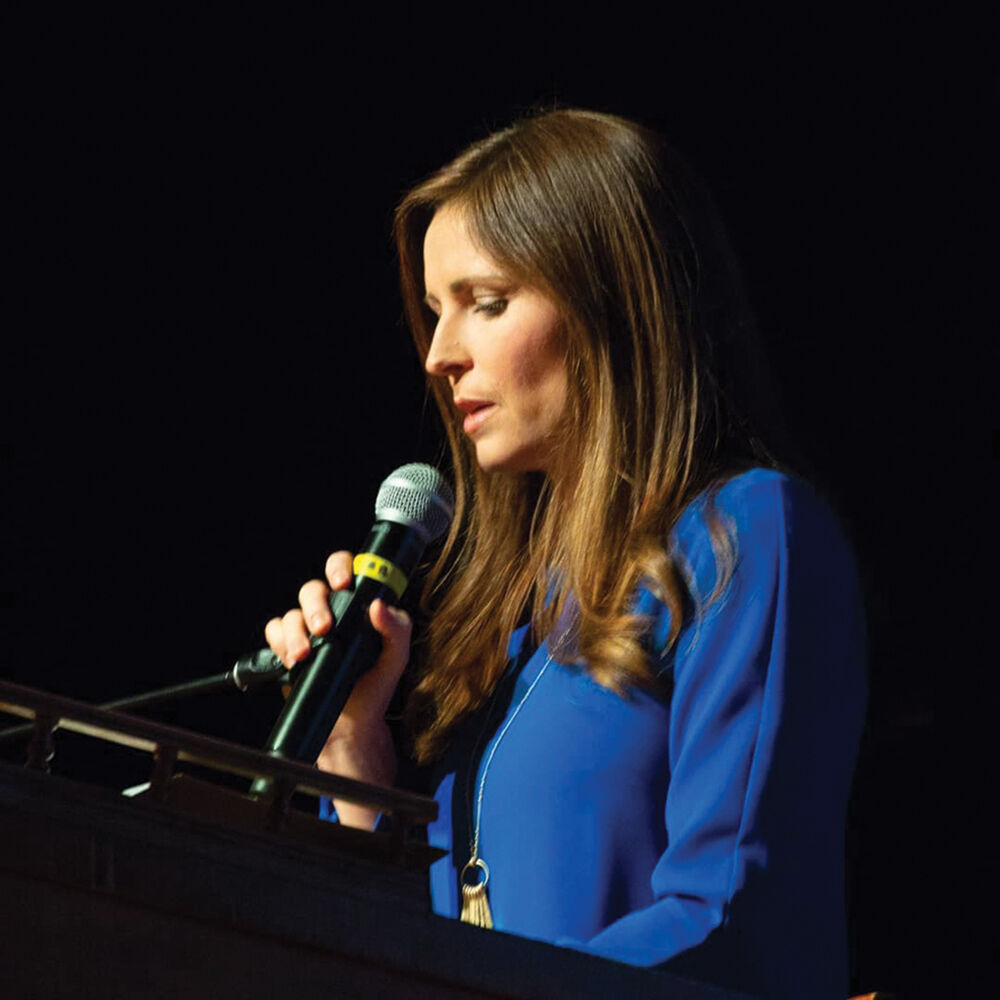 Currently, the Refuge Center provides about 28,000 counseling sessions every year. Once its new facility is built, its capacity will increase by 30%

Williamson Inc. held a ribbon-cutting ceremony to celebrate the Refuge Center for Counseling’s final payment on the property for their new campus

The phrase “what doesn’t kill you makes you stronger” has become a cliché for a reason. Many people have found truth in the statement, but after the year 2020, some may look at the words with skepticism. Perhaps right now it’s not such a helpful expression to hear, but the team at the Refuge Center for Counseling are offering tools to hopefully turn this phrase into reality.

Amy Alexander, the executive director of the Refuge Center, is encouraging the community this year to focus on post-traumatic growth because the events of 2020 may have rocked some people more than anything they have experienced in the past — but there’s always hope.

The Refuge Center for Counseling is based in Franklin and offers mental health services to Middle Tennesseans on a sliding pay scale. The nonprofit focuses not only on making these services accessible to the community but normalizing the topic of mental health.

“I think some people tend to think mental health means someone’s broken, or they think of a breakdown, and we really want to change people’s understanding of mental health to just normalize it and humanize it,” Alexander said. “Mental health is our emotional, psychological and social wellbeing. It’s how we feel, think and act. It’s how we handle stress and how we relate to others.”

Alexander shared that, over the last year, everyone has faced something — some have faced many things, and trauma may be among them. She distinguished between pain and trauma, saying trauma often causes humans to “shrink up” and spend more time on their phones, on social media, drinking or coping in other ways that does not allow for healing.

“Trauma is our inability to discharge or cathart the negative energy of our experiences,” she said. “What that means is that, after we’ve gone through something painful, the energy of that gets stuck in our bodies, and that’s where we see PTSD. … We stay very alert and vigilant at a level that’s not productive for our current reality.”

She shared that trauma is often dictated by the meaning a person ascribes to an event, which may lead one person to experience something as trauma and another person to experience the same event differently. Additionally, one may experience vicarious trauma by, for example, seeing and hearing tragic events on the news.

Moving into 2021, Alexander encouraged the community to dig in and focus on growth after trauma. This may include counseling.

Anita Pringle, the clinical director at the Refuge Center, shared that counseling can certainly be a form of treatment but it can also be preventative. She shared that struggling with difficult situations without help can be like building a house with only a hammer.

“When you come to therapy, you’re gaining tools for your toolbox to help you manage what life brings you,” she said. “If you are proactive in getting some help with your mental health, then you have the tools already, and you’ve practiced with them. You know how to use them.”

Alexander said she believes, after last year, it’s not a matter of if people need help but when and how. Some of the tools she recommends for post-traumatic growth are practicing radical boundaries, grace, adventure and rest.

She shared that many people may not expect that having strong boundaries would lead to greater compassion and empathy, but she referenced author and researcher Brené Brown who asserts that boundaries create the capacity for compassion and empathy towards others. Radical grace naturally flows from that idea, realizing that people may not be at their best after last year.

Rob Fitzpatrick, director of the children and teens program at the Refuge Center, shared that it’s also important to be able to let one’s guard down with someone who can meet them with grace and empathy. While Fitzpatrick works primarily with kids and teens, he noted that children are often more straightforward with what they think and feel while adults often act like “the duck on top of the water.”

“Above water, everything’s calm, and below, our feet are kicking like crazy,” he said. “I’m not sure for everybody if [they’re] able to be totally emotional-forward 24/7, but certainly I think there’s times … with our loved ones that we can probably be a little bit more open, and it would be a positive in the long run.”

Alexander also encouraged people to pursue adventure when they’re ready, to perhaps plan a trip where they can be in nature.

Alexander and Pringle both mentioned that movement can promote healing, whether that movement is exercise, theatrical performance, or even pottery making. Alexander explained that, when an animal is hunted by a predator, if it survives, it often takes off running to discharge the energy of fear and anxiety and return to normal functioning, but humans often freeze instead of move.

“Part of why I’m pushing movement and adventure so much is because that is a way that our body releases the energy of hardship,” she said.

Finally, after particularly difficult experiences, people may need to allow themselves more rest than usual through an extra nap or journaling or meditation, Alexander said.

For more information about the Refuge Center for Counseling or to find out how to donate, visit RefugeCenter.org. The nonprofit is in the midst of a fundraising campaign to raise $2.2 million by 2022 for a new facility, as it is outgrowing its current space. The team hopes to soon offer its services in a new place designed after its name, as a refuge for the community, where people feel comfortable asking for help.

“We’re just trying so hard to break the stigma, to help people realize that everyone at some point is going to struggle. Suffering does not discriminate based on your ZIP code or your job title or your upbringing,” Alexander said. “If we come out of this year being able to say, ‘I’m having a hard time. I need help. Where do I get it?’ — if that’s the result, that’s phenomenal.”