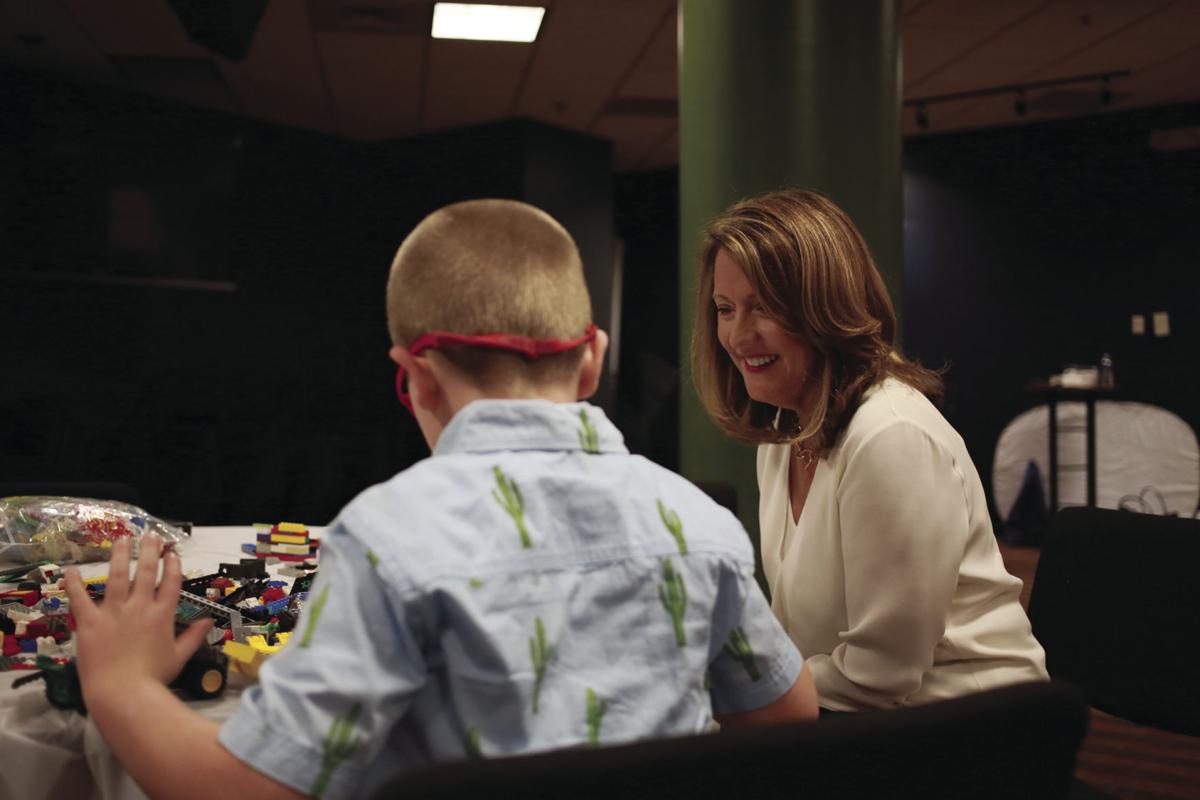 Crissy Haslam serves on the TN Kids Belong Board of Directors 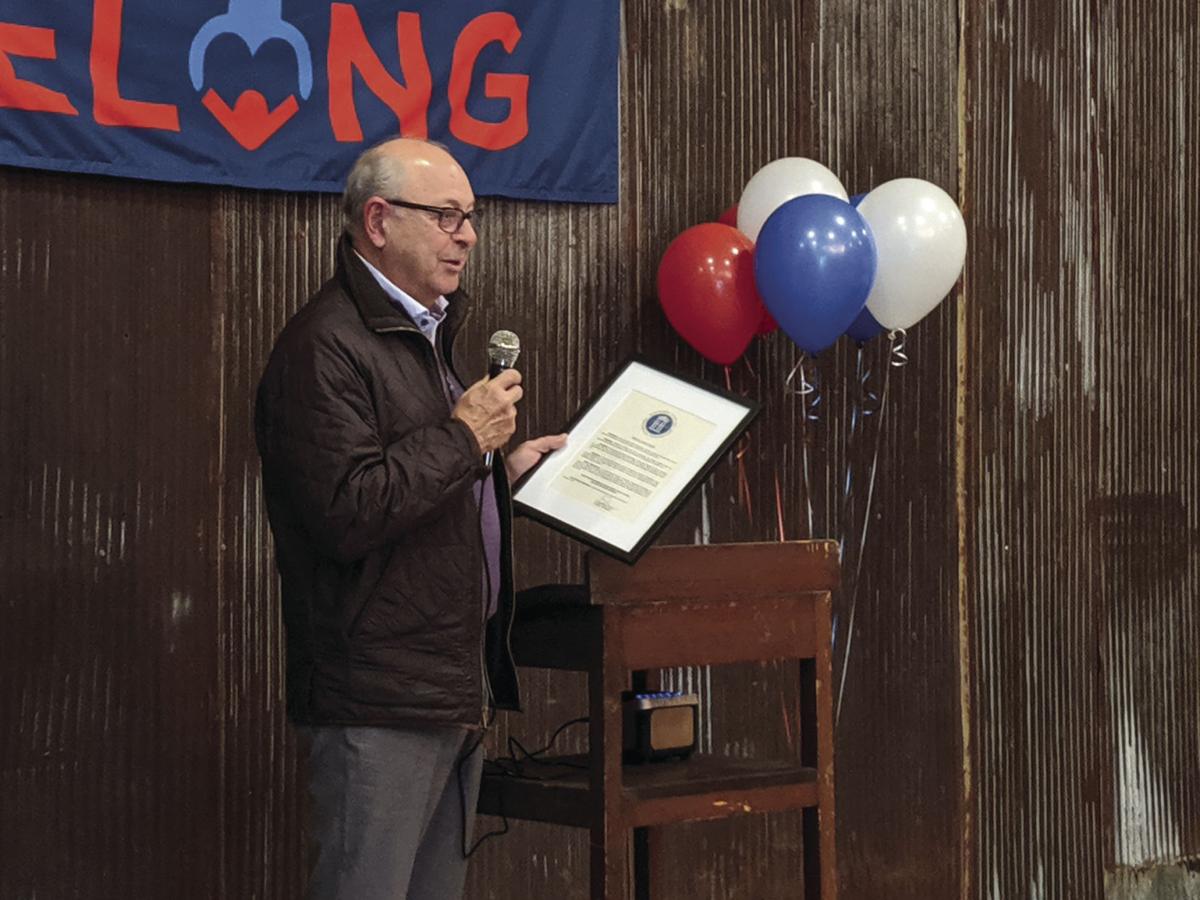 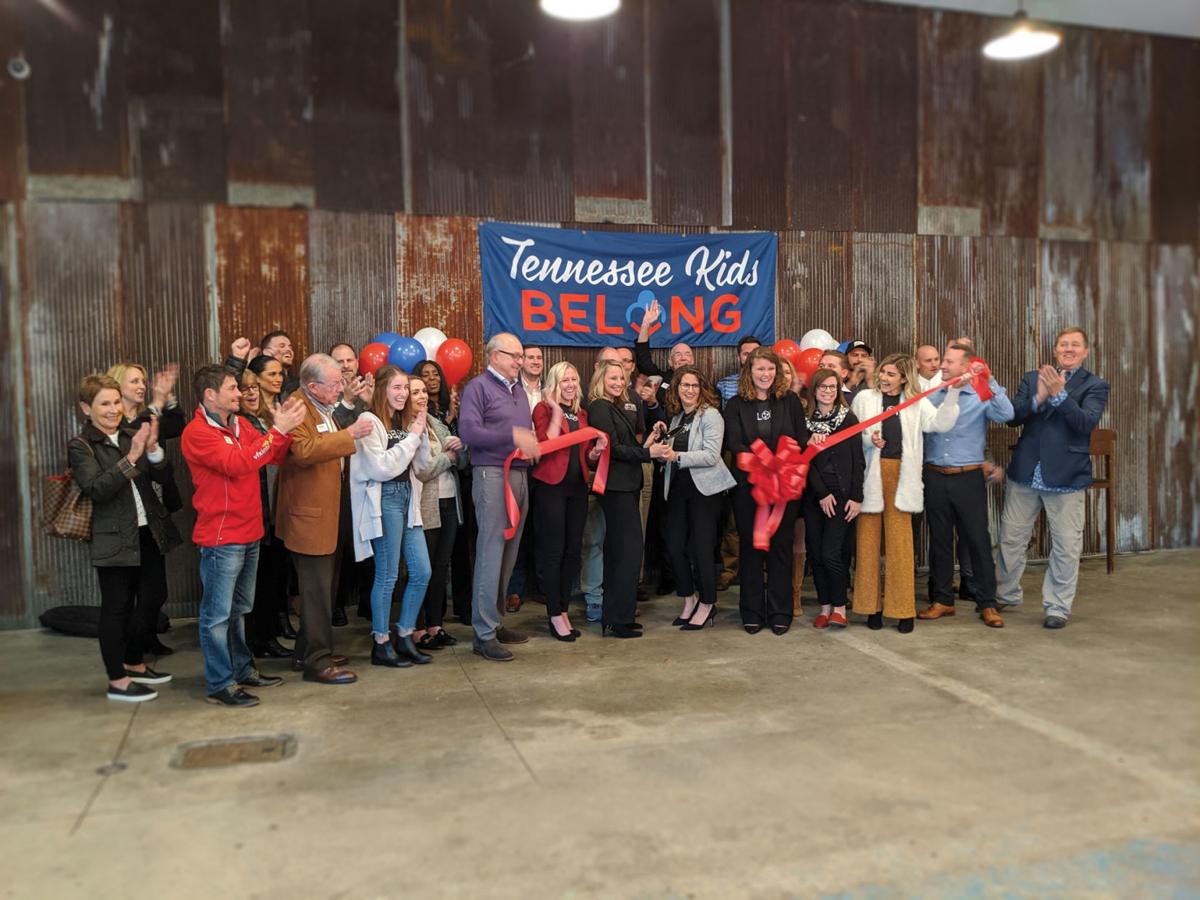 Crissy Haslam serves on the TN Kids Belong Board of Directors

Parents know how it can be. Birthday party drop-off and

grocery shopping on Saturday. Wrinkled shirts out the door then fancy home-cooked meal Sunday. “Here’s an untoasted Pop-Tart, the bus is here” on Monday.

It takes a village, right?

Tennessee Kids Belong is a nonprofit that advocates for children in the foster care system by cultivating that proverbial village to support fostering and adoptive families through all the blessings and challenges of parenthood. The team takes a systematic approach, working in every corner of Tennessee — government, business, faith and creative sectors — to create what they call a “wrap-around” community.

Kalie Printz, the organization’s wrap around coordinator, explained that they look at the big picture: not everyone can adopt a child, but everyone can help in some way.

A large part of Printz’s job is working with churches and faith groups — uniting different faith communities and hosting “coffee chats” to promote collaboration between faith leaders and social workers in supporting current and aspiring foster families. She encourages efforts where “everyone can take a little bit of that burden on themselves.”

The nonprofit also recently launched its Business Impact Program statewide after a pilot in Williamson County that led to Franklin Mayor Ken Moore declaring the city’s Main Street the most foster-friendly main street in America.

Throughout downtown Franklin, businesses sport window stickers that read “We support foster families,” which is done through offering discounts to foster families, benefits for employed foster parents, and internships for foster children and donations.

But through the government and creative sectors, the organization works directly with kids. A large portion of the team’s time and budget are poured into the I Belong Project, where they create video profiles for kids legally free for adoption.

While the ultimate goal of the foster system is reunification with biological parents, sometimes parental rights are revoked, so adoption becomes the only option for those kids seeking a family. Out of the nearly 8,000 kids who are in foster care in

Tennessee, about 350 fall into this group. These are the kids who get a video.

Every other month or so, the Tennessee Department of Children’s Services sends 15 to 30 kids to a video shoot with Tennessee Kids Belong, and the nonprofit makes an entire day out of it, welcoming painters, athletes, musicians, poets and any other creative volunteers to host activities onsite.

As videographers prepare for each child’s interview, the kids are allowed to pick out new outfits, get their photos taken, decorate a frame for their new model shots, play games and engage in other creative activities, loosening them up for their on-camera conversations.

Then, it’s time for the interviews.

“That’s kind of the heavy part of the day,” said Project and Events Manager, Cyndi Higgins. “Sometimes they end up getting really emotional, but that’s the most important part — getting their words and personality on camera.”

Usually, Allender is the one sitting beside the camera asking questions.

“I’ll have them introduce themselves and say their name and their age, and then usually it’s just, ‘Tell me about some things you like to do for fun,’” Allender said. “So, it starts off really fun and easy, and then we’ll move into some of the family questions, which are a little harder. ‘What do you think of when you picture a family?’ or ‘What kinds of things would you like to do with a family?’ And the tone of the room definitely changes.”

Allender said one girl she interviewed, who had a tough and confident look, took a very youthful demeanor in response to the question, “What would your perfect day look like?” She said her perfect day would be waking up from a good dream, running downstairs to her father who would have a newspaper and coffee, her mother asking what she would want for breakfast, going to school, and coming home to dinner and conversation with her family.

Allender said this answer struck her when she realized that this was a normal day with her kids. The simplicity of the children’s desires featured in the videos shows that, though their lives up to this point may not have been normal, normal is what they want.

“I wish that there’s a family who would want to take me places,” said 13-year-old Tanyah.

Janiya, 14, also has a simple request of her future family: “Maybe if they just listen,” she said. “In foster care, it’s mostly kids (who have) been through so much, and the kids do something bad, and (families) just give up. I feel like they shouldn’t give up; they should just keep trying.”

While many may become foster parents with intentions to adopt, Allender said these kids sometimes struggle to find homes purely because of their age — many of them are teenagers. But in some ways, these are the kids who most desperately need a home.

Listed on its website, Tennessee Kids Belong cites statistics for those who turn 18 while in foster care, aging out of the system.

For example, one in four will have run-ins with the law within two years, and one in five will become homeless.

Allender said she interviewed one girl, who was about to turn 18 and was, by then, very independent. She had plans to join the army, and Allender was worried that she wasn’t making a good case for adoption in her interview. However, after seeing her video, a family adopted her right before she came of age.

“She has since joined the army. She’s at boot camp doing all her stuff, but now she has somewhere to come home to,” Allender said. “Everyone needs a family, no matter how independent you are.”

Each video for the I Belong Project costs about $1,000, and the team encourages donations to help with this expense. However, in keeping with the organization’s goal of recruiting support systems along with foster families, Tennessee Kids Belong provides many different ways to help, including simply getting the word out.

“Everywhere people go lately, they’re saying, ‘I keep hearing about foster care. At my church, I’m hearing about it. Walking down

Main Street, I’m hearing about it. I’m seeing it all over my social media,’” Allender said. “That’s the goal. That’s how this is going to change in culture and get more people to feel like, if I jump into this, I’ve got the support of all my community.”