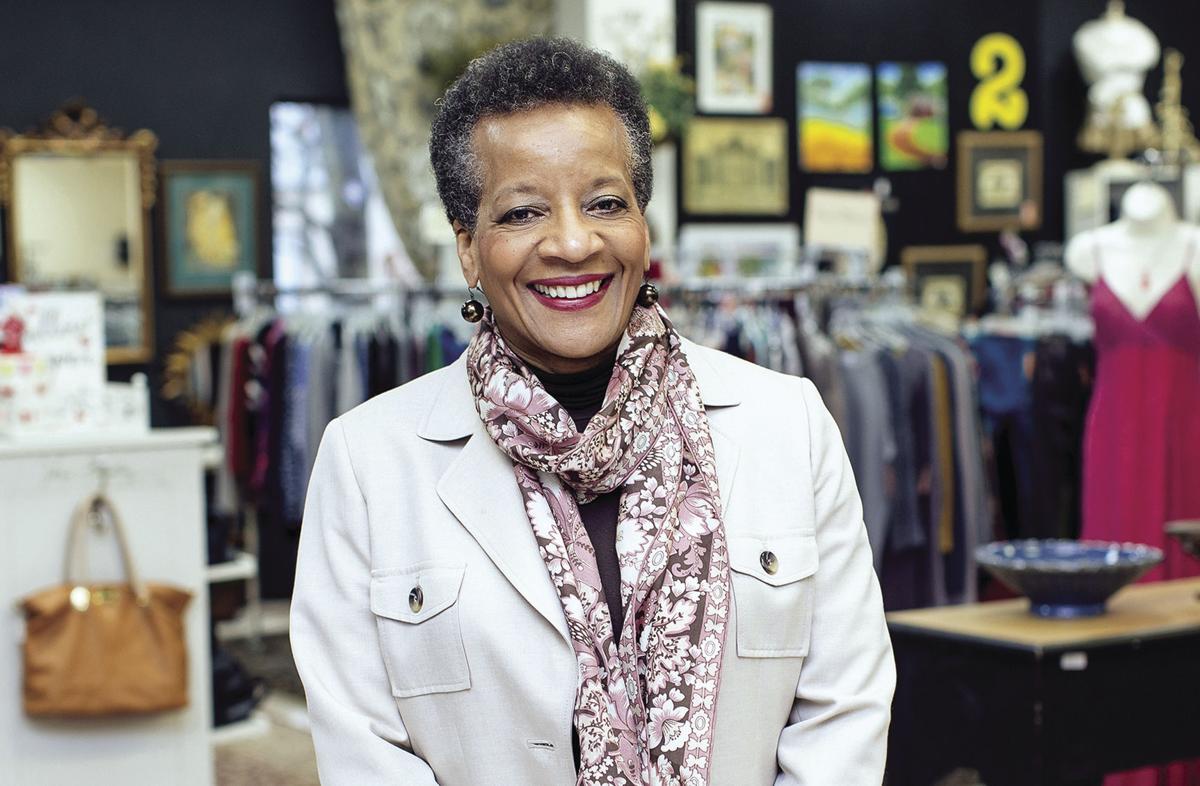 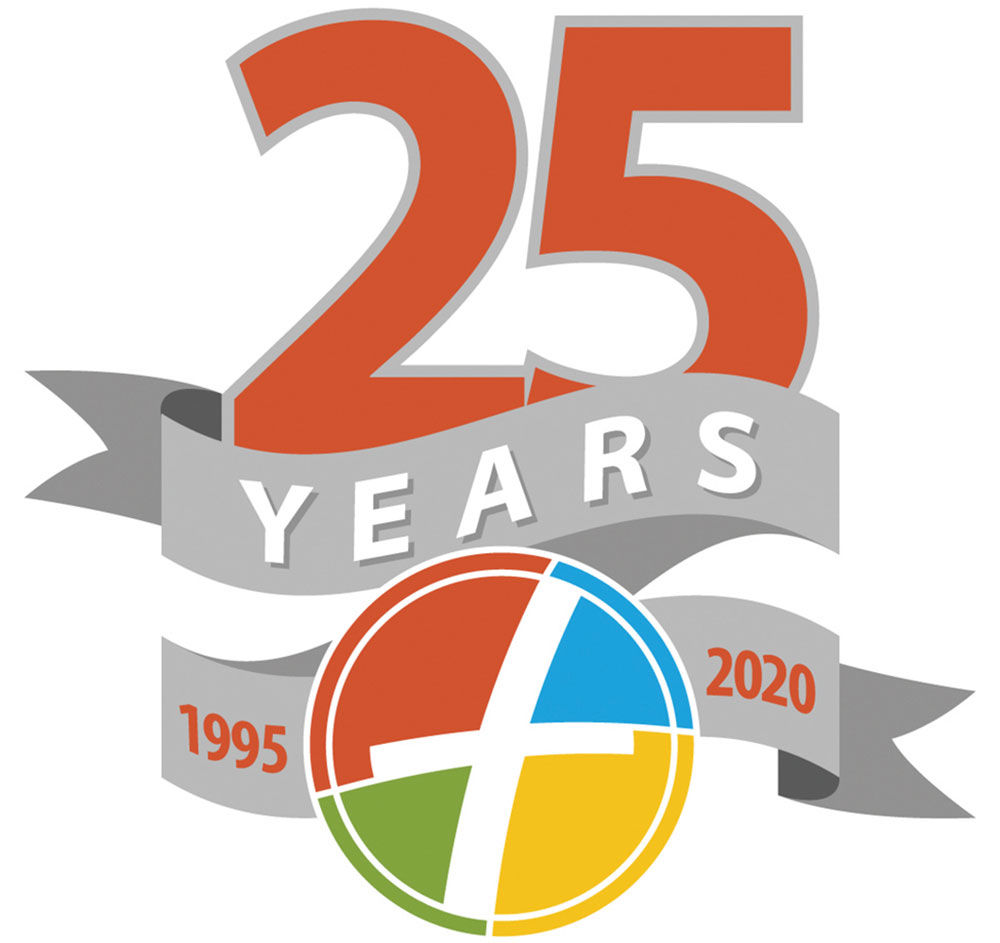 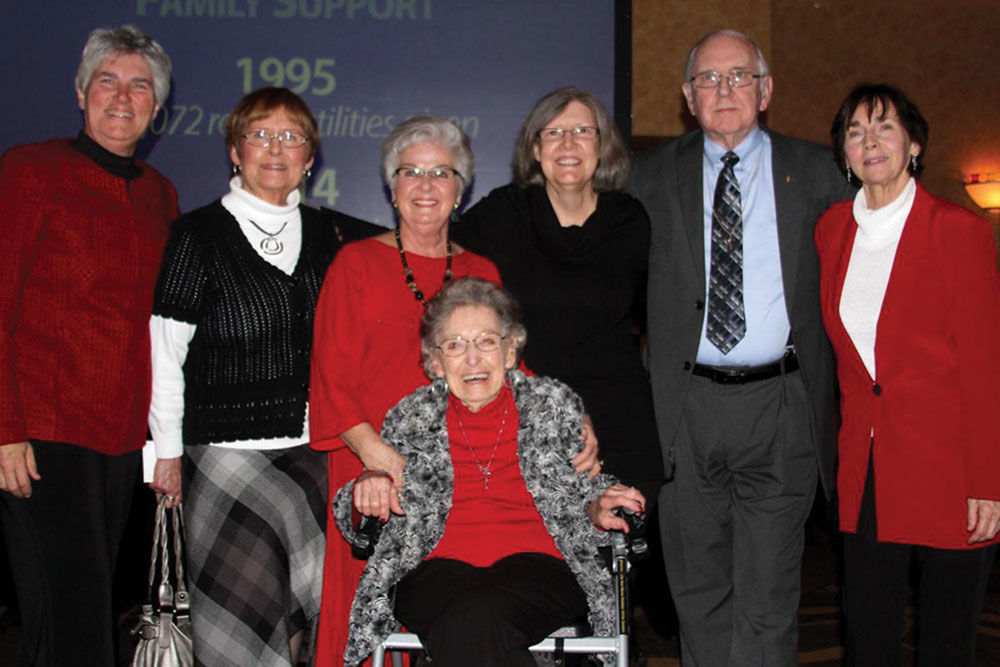 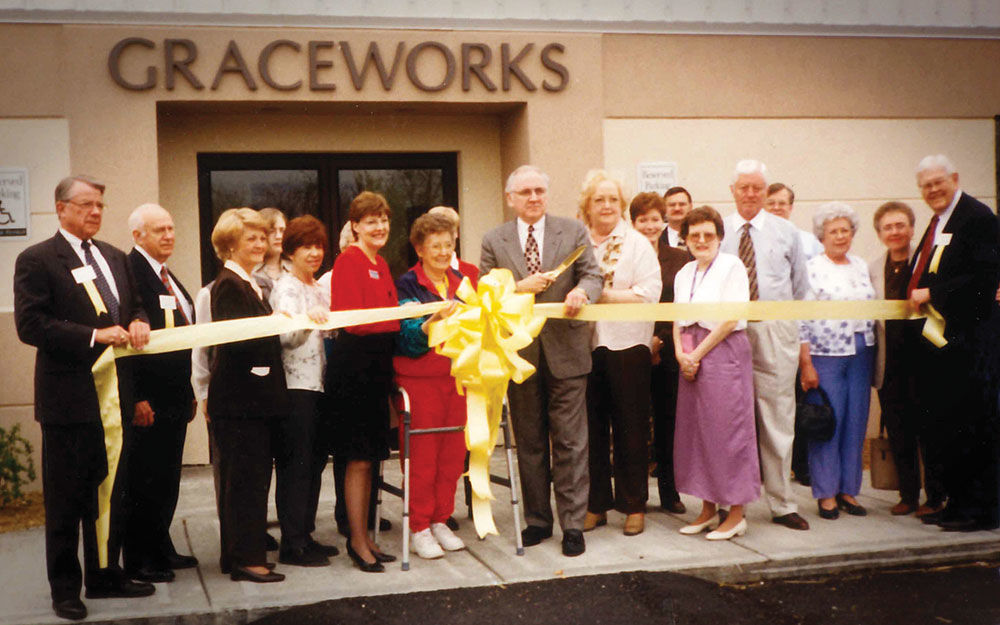 Graceworks opened to the public on July 3rd 1995.

Graceworks opened to the public on July 3rd 1995.

As GraceWorks celebrates 25 years as a community resource center, staff, volunteers, donors and neighbors look back on a mission of service that is like “the hands and feet of Jesus." That mission fittingly began with a Christmas gift program called The Manger.

“It’s a privilege to be at the helm of GraceWorks in its 25th year knowing the dedicated shoulders I stand on,” Valencia Breckenridge, GraceWorks CEO. “I think about the vision those people had and what we’ve become from such a small idea."

With the ever-changing challenges of serving during the Covid-19 virus, GraceWorks still looks forward to a future of continued service.

With Covid, “We stepped into our true purpose of a community resource center," Valencia said. “We’re a place anybody can go to for help with essential needs.”

GraceWorks continues to provide financial help with rent and utilities and the food pantry, now a by appointment grocery pick up for those who have either lost their jobs or are temporarily furloughed.

The vision took form when women from various churches - the Church Women of Williamson County, saw the annual Thanksgiving and Christmas basket programs in churches as just a temporary fix for people stricken by poverty. The needs were more than seasonal and they decided to do something about it.

It was set up in the basement of the former Franklin High School gymnasium annex located on the corner of Fowlkes Street and Columbia Avenue, below the Boys & Girls Club.

Local churches, members of the community and local grocery stores regularly donated food and clothing; the woman sorted, shelved and manned the operation. In 1993, Trish Ezell, who was new in town, called Pat Wade, then president of the Church Women’s club, to make a donation. By the end of the call Trish was also a volunteer. A year later, in 1994 she was president and members were struggling to make several necessary changes and develop a new vetting process for those receiving help.

Problems storing food were resolved when John Gatlin stepped in, purchased aluminum cans to protect the staples and took care of getting rid of rodents that were ruining bags of flour, rice and sugar. County executive Robert Ring provided an alarm system to prevent the break-ins that had increased.

Suddenly civic and other organizations took notice and made contributions. In a couple years GraceWorks increased from $35 to $50,000 allowing them to increase their services.

Rev. Leland Carden was a new pastor at a United Methodist church on Highway 96 West when he appeared at the unnamed resource center with information about a similar ministry at a former church he pastored. He piqued their interest.

“We talked with other ministers, had regular meetings and after several months we came together with a plan,” said Rev. Carden, who is now retired but still serving.

“People and churches began trusting us,” said Nancy Baughman, a member of the board for 15 years. “When we opened GraceWorks, and we did everything in the name of Jesus, the support grew.”

“As rumors of people taking advantage of church funds circulated, more churches became involved with GraceWorks,” said Trish, who served as president of board for several years.

At one of the first board meetings, Rev. Carden passed pieces of paper around to each of the board members.

“Everyone made a pledge of what they could give to start [the new ministry],” he said.

Cheryl King, who worked at the First Baptist Church, now Church of the City, was the first director. When her allergies began acting up in the old basement, Robert Ring offered GraceWorks a room at the Administrative Complex on West Main Street.

“I saw the miracle of GraceWorks and everything that fell into place to make it happen,” Trish said.

An important component of GraceWorks is ministering to the soul.

“Feeding and clothing people is important, but we all need spiritual food,” said Starr Beaudoin, a long-time volunteer and supporter. “There was a real need for a clearing house for people in need. I love serving this way"

As GraceWorks grew, services were added to help people move out of their situations. Today GraceWorks helps situational and generational poor change their situation and their future. Six years ago Milagro “Miracle” Guerra suddenly became a single mother of two young children. She never held a job and had a mounting pile of bills. Then Miracle heard about GraceWorks.

“They helped me pay the electric bill, provided food and helped me get a part time job,” she said.

Counselors taught her to manage money; they prayed with her and gave her hope.

“GraceWorks was a real blessing,” she said. “Now it’s hard to see that time with all the troubles. I had really good people to help me.”

With the children older now Miracle has taken a full time job, she volunteers regularly at GraceWorks and is one of its biggest cheerleaders.

“I tell others [in need] to go there, but they always need to give back - like a Blessing Circle.”

Until Feb. 27, 2017 Marjorie Jones was in a great place. She was married, owned her own business and finances were never a problem. She was on her way to the Williamson County Library when she had a car wreck. After all the paperwork was exchanged the police officer gave her a ride home. A few hours later another police officer knocked on her door and served her with divorce papers. Hours after that she was having surgery.  The accident broke her back in four places and she face a long recovery. Marjorie lost her business because she couldn’t work for a long while and once the divorce was final, she had no health insurance.

Then she heard about GraceWorks. During the interview, “the lady prayed for me. She was so kind. My whole world shifted.”

GraceWorks helped her find a full time job, she paid off her medical bills and recently moved into her own apartment, after living with her grown children since being released from the hospital.

Services provided by GraceWorks are only made possible by its generous donors, like the Wright family. When they moved to Williamson County three years ago, the Wrights sought out a neighbor helping neighbor program. They found GraceWorks.

“We really like how GraceWorks helps the community with a hands up providing skills to get on with their life and get out of their situation,” said Tammy Wright. “They allow their clients grace and dignity and create a mutual relationship using real kindness. The people at GraceWorks have a real servants’ heart. They’re like the hands and feet of Jesus.”

GraceWorks’ reputation also catches the attention of corporate donors such as the Bank of America Foundation of Middle Tennessee.

“The Bank of America Foundation has always supported organizations that meet the needs of communities where we are located,” said Courtney Keenan, community manager of the BOA Foundation of Middle Tennessee.

The Foundation recently made a sizable donation for GraceWorks to meet the increased needs of clients’, or in GraceWorks’ vernacular, “neighbors’” for food and help paying their utility bills.

Since March 19 there have been more than 300 requests for rent and utility assistance, Valencia said.

“We have more than doubled the demand for food,” she added. “We normally get 37 families a day in our food pantry. We’ve recently had more than 140 families per day.” Sixty percent of those using the services are new to GraceWorks.

“Monetary help is just a piece of what we do,” Keenan added. “We look at the talent of our employees and promote their volunteerism. GraceWorks is one of those organizations I hate to see that busy, but they are definitely doing it right.”

The virus may have affected how GraceWorks serves, but it hasn’t changed the spirit in which it serves. The virus may have affected the timing and plans for the celebrations but it hasn’t changed the reason to celebrate. The planned large gatherings and festive events with staff, volunteers and supporters are instead record-breaking relief services for neighbors, but the celebrations will happen, said Valencia.

Golf Fore GraceWorks will be Aug. 17.  The annual GraceWorks benefit dinner on June 18th has been cancelled.  A new virtual two-day event called The Big Birthday Match will be held on July 14th & 15th, designed to help GraceWorks celebrate its 25th Birthday and recover some income from the cancellation of the dinner.  In the meantime, Valencia asks for prayers for “our neighbors”, monetary and food, hygiene and household products donations so GraceWorks can continue its mission of “Neighbor helping Neighbor, by the power of God’s grace.”

For more information or to donate, go to www.graceworksministries.net.

Carole Robinson may be contacted at crobinson@williamsonherald.com