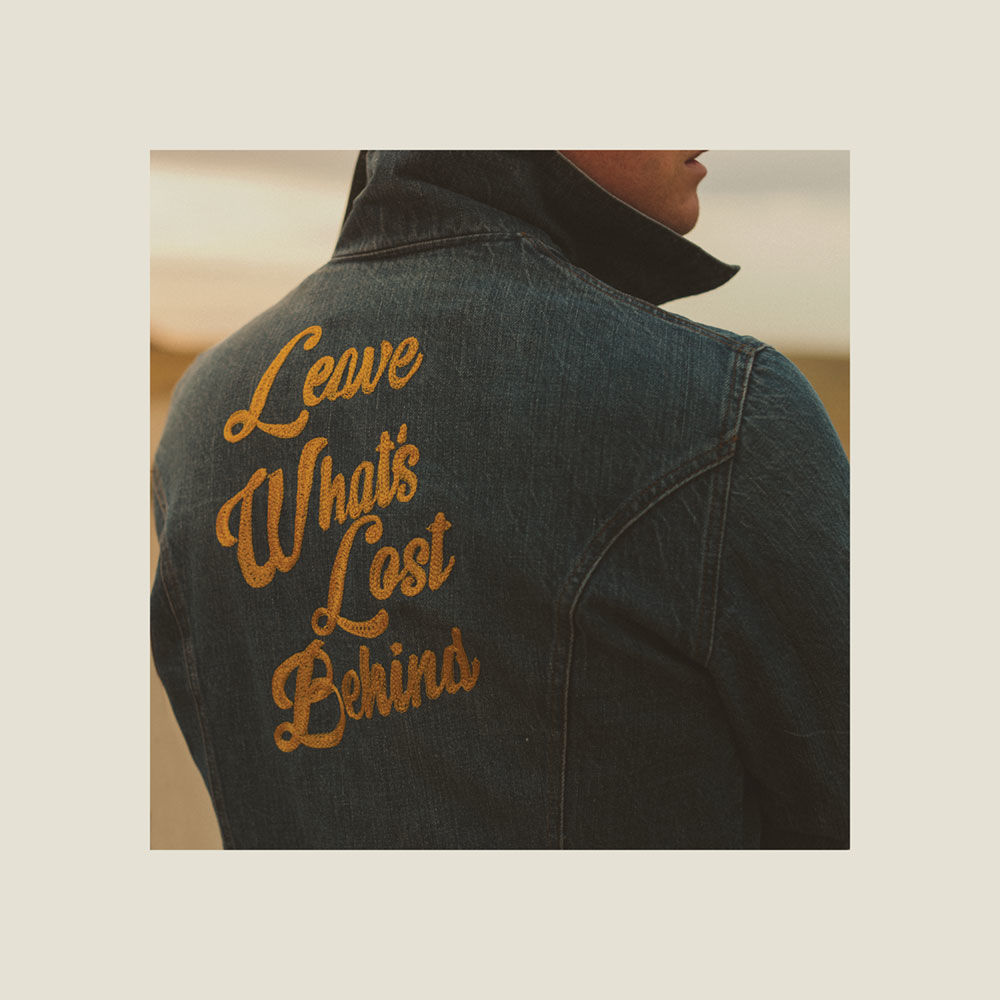 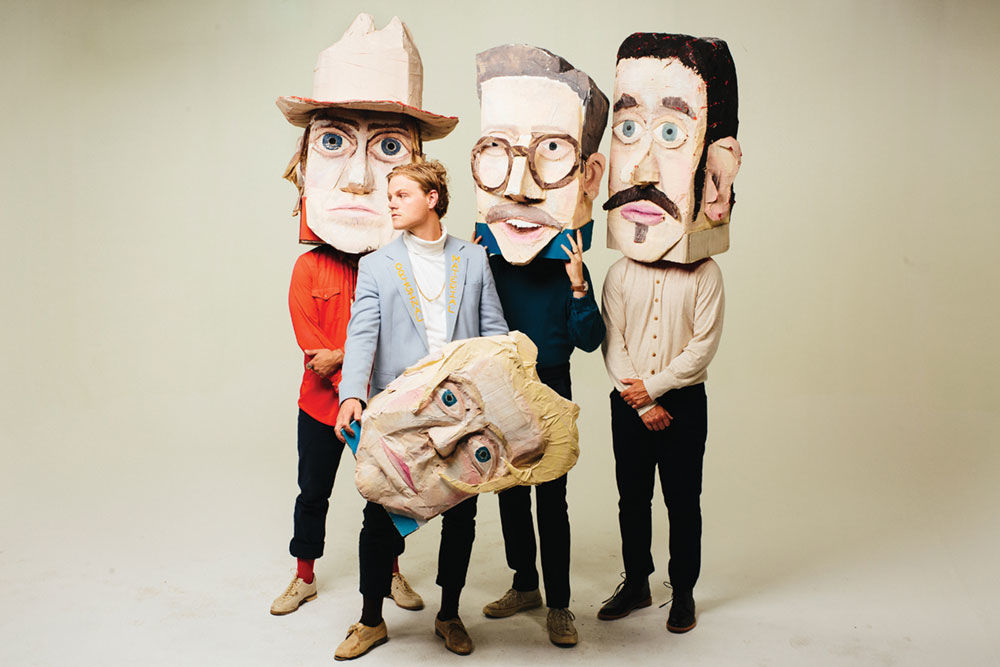 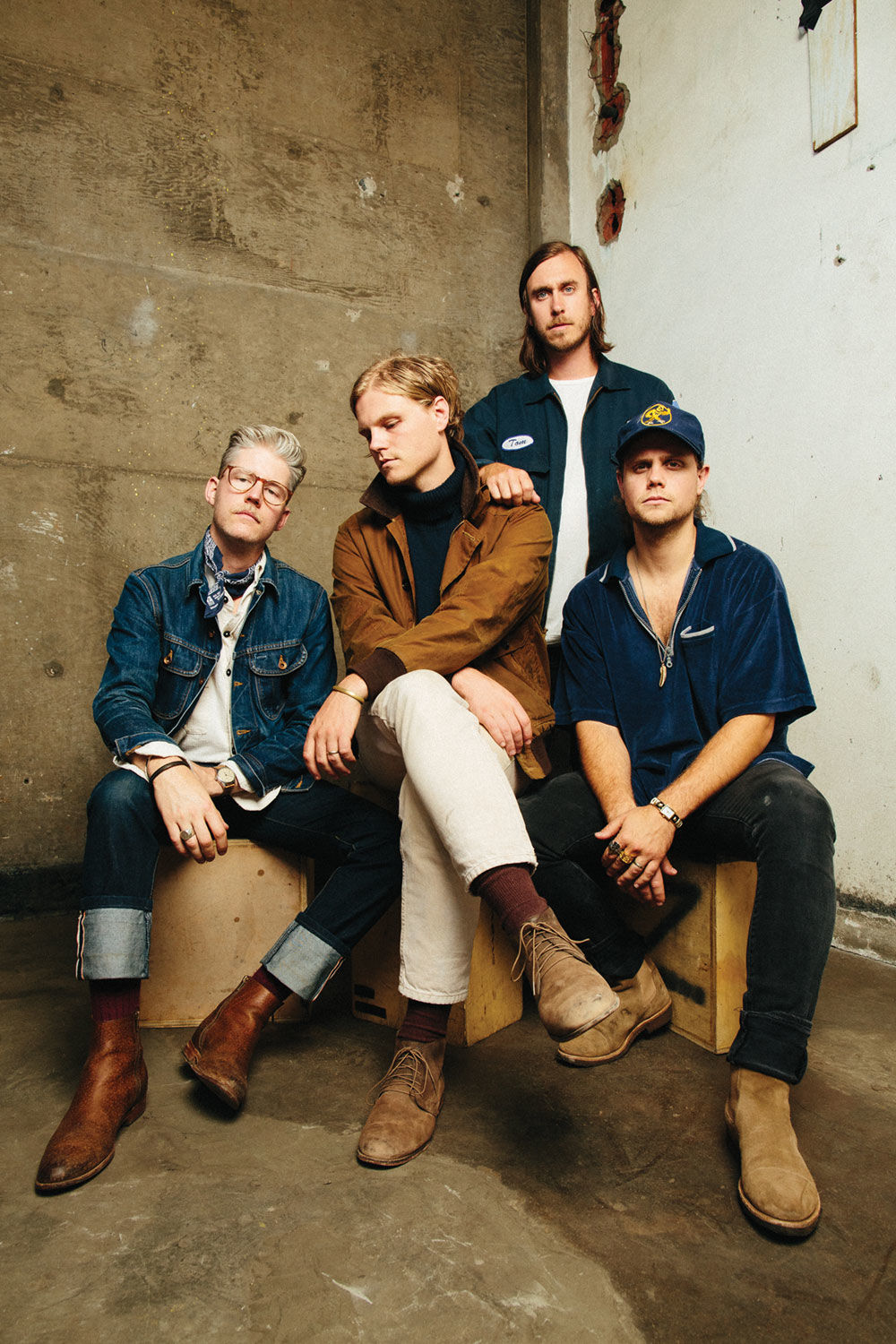 When Colony House set out to record their latest studio album, “Leave What’s Lost Behind,” they decided to return to their roots.

“With managers, labels and peers offering a moving target of opinion on what Colony House should do next, we knew our approach to this next album had to change,” Mills explains.

At the top of 2018, the band transitioned out of the major label system, a welcomed change the group saw as more of an opportunity than a setback.

“We scrapped nearly everything we had written for the last couple of years and started from scratch,” Caleb says. “When all the voices, real or in your own head are silenced, an amazing new perspective takes shape. That empty space we call writer’s block quickly turns into a space bursting at the seams with new ideas and inspiration.”

“We left the major label pretty much unscathed. A lot of our friends can’t say the same. We actually loved our time there and now love what we are doing now,” Caleb says.

When it came time to record new material, the Chapman’s realized they had a world class studio at their fingertips that they’ve never taken to full advantage.

“My dad has a home studio right here in Franklin that just blows you out of the water. We never thought about using it until now,” Caleb says. “We were able to record this album where we grew up, which is pretty cool.”

To say music was engrained in the Chapman’s at an early age is an understatement. Their father is contemporary Christian pop musician Steven Curtis Chapman, and his influence was deeply imprinted in his children’s DNA.

“It’s hard to express how much [Dad] had an impact on us,” Caleb says. “Our earliest memories are going to his shows and thinking, ‘This would be cool to do one day.’ From kindergarten and up we all had some type of instrument in our hands. As we grew up, we decided which instrument best fit us. He was always our biggest champion and supporter.”

When the Chapmans’ were in high school, they played in their father’s band for five years learning from real experience how to think about songwriting and how to put together a show.

“Everyone in his band were insane musicians so just trying to keep up was sharpening,” Caleb says. “That’s a gift that you can’t put a price tag on”.

The idea “that your band is your life and vice-versa” is what bonds the four members of Colony House.

“Taking time off” to record was an ongoing joke with the band members and their families. They did say “no” to performing live shows, but their sole focus turned to writing and recording.

“We were all-in on recording because it had been so long. If you asked our wives if we were taking a break they would laugh,” Caleb laughs. “We should have just said, ‘We are going to be home for a while, because our brains are in the clouds when we record. We’re not really home…We’re half human.’”

Caleb says Colony House gets restless when they are off the road. The entire time they are in the studio, the band members are thinking about making more music so they can get back to touring.

“The only way to make this work is to be on the road, especially when we have new music out. We figured that out a long time ago,” Caleb says. “That’s the only way to build it to last and create relationships on the road. When we go out, we do about five or six shows a week for six or seven weeks at a time.”

They do all make it a point to get in as much family time as they can when they are able to take advantage of those few breaks.

“We’ll make the effort to get home even if it is only for a few hours,” Caleb says. “I’ll take a red eye from LA to Nashville just to see the kids, hug them and make sure they know they are the priority. The only way we stay healthy as a band is keeping all of our families healthy.”

As much time as the band spends on the road, they look forward to coming home to Franklin.

The Colony House apartment complex on 11thAvenue in Franklin was such a part of the development of the Chapman brothers and friends; they named their band after it. “Franklin is our hometown,” Caleb says. “I could share stories about every street in Franklin. It’s been very purposeful as a band to claim Franklin as our home from the very beginning.

With “Leave What’s Lost Behind”, Colony House stitch together a singular folklore between threads of stadium rock scope, alternative experimentation and indie spirit, making a bold statement in the process.

“Leave What’s Lost Behind” is a bit of an experiment,” explains Caleb. “After a confusing season of trying to figure out what Colony House was supposed to sound like next, we put that on hold and began focusing on what [we] wanted to communicate next.”

A confluence of serendipity, fate, and inspiration brought the group to where they are now.

They quietly steamrolled into the mainstream on their 2014 full-length debut, When I Was Younger. Its lead single “Silhouettes” not only generated over 30 million total streams, but it also stood out as the #1 most-played track on SiriusXM’s Alt Nation for four consecutive months.

In between constant touring and performances on Late Night with Seth Meyers, CONAN, and Today, 2017’s “Only the Lonely” yielded fan favorites “You Know It” and “You & I.” They also garnered widespread praise from The New York Times, Entertainment Weekly, Paste, Clash, Huffington Post, A.V. Club, Earmilk, and other notable music reviewing publications.

Two years of constant touring took a toll on Caleb’s songwriting, and he was running into walls when a phone call from his grandfather changed everything.

“I was back at home writing, or trying to, and I just felt empty and stuck,” he admits. “I had my head down on the piano thinking about what to do because I couldn’t figure out what direction to go. I answered, and it was my grandpa calling from his music shop. [He] told me that he had just been thinking about me and thinking about the band. The main thing he wanted to tell me was that he loved me and was praying for me and that he believed big things were going to come from the songs I was working on. In a way that’s never happened before, our simple conversation directed the way I wanted to take the album. I needed to tell a universal tale of someone trying, continuing to fail, and giving up on themselves. I’ve had the feeling of not being enough all throughout my life and I know I’m not alone in that feeling. I wanted to explore why so many of us feel this way and why we all handle it so differently.”

The narrative would be culled from various totems in Caleb’s life…”The runaway owes a loose debt to his great grandfather (grandpa’s dad) and a box of letters he wrote to his great grandmother, which hinted he was trying to get his life back together in order to be the father and husband he wanted to be.”

At the same time, Caleb’s son developed a fascination for trains, laying the foundation for the setting (his great-grandparents both worked for the railroad).

The band teamed up with Ben Shive, who produced Colony House’s first album “When I Was Younger,” to begin working on “Leave What’s Lost Behind”.

Colony House tapped into the freedom of their formative years as a band on their latest project, and their third album is an endeavor designed to be experienced in its entirety.

“Call us old fashioned, but we still think albums are important and that a collection of songs in support of each other holds a unique power,” Caleb says. “We want to take the listener on a journey that a single song never could.”

The first single “Looking for Some Light” illuminates that direction, and the rest follows suit.

“As soon as the chorus materialized for “Looking for Some Light,” we knew that we wanted this ‘common thread truth to be woven throughout the project,” Caleb says. “These times we live in can feel so dark and divisive. It gives us some sort of comfort and hope to consider/remember that we are all in this together. Everybody is looking for some light.”