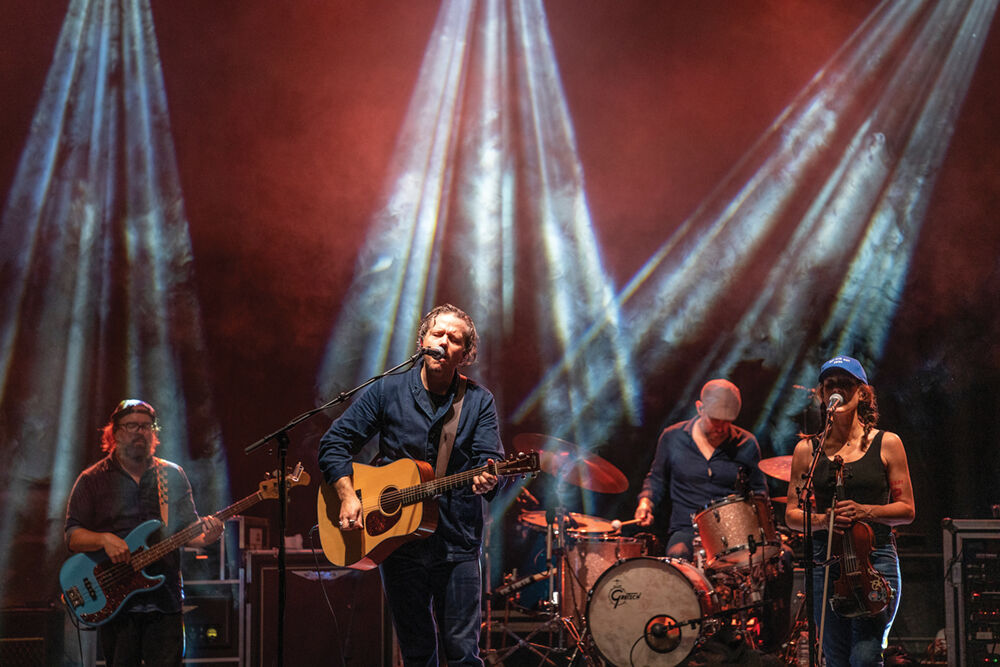 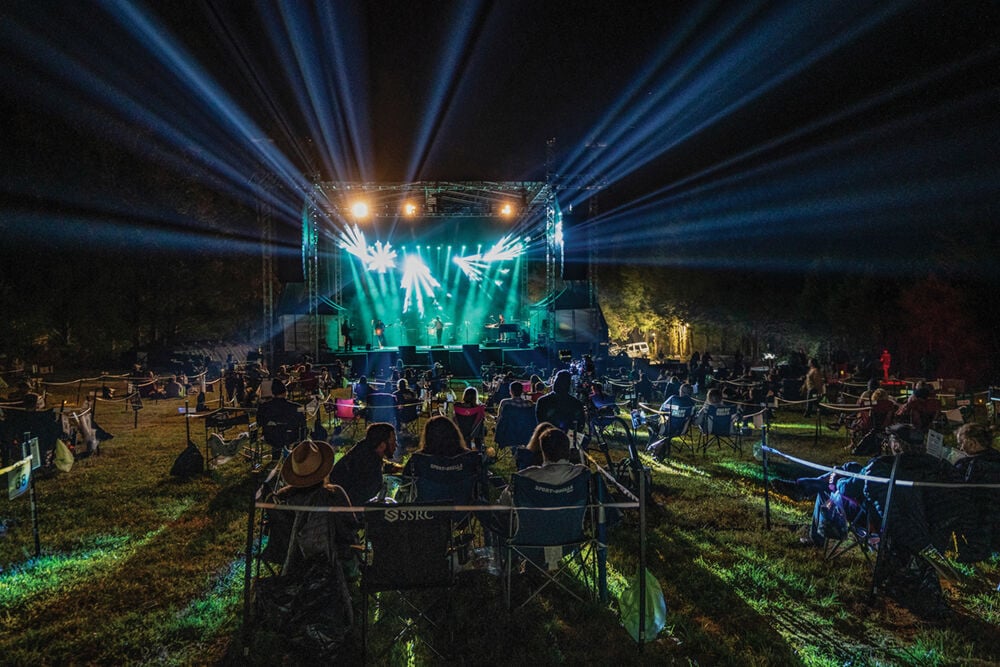 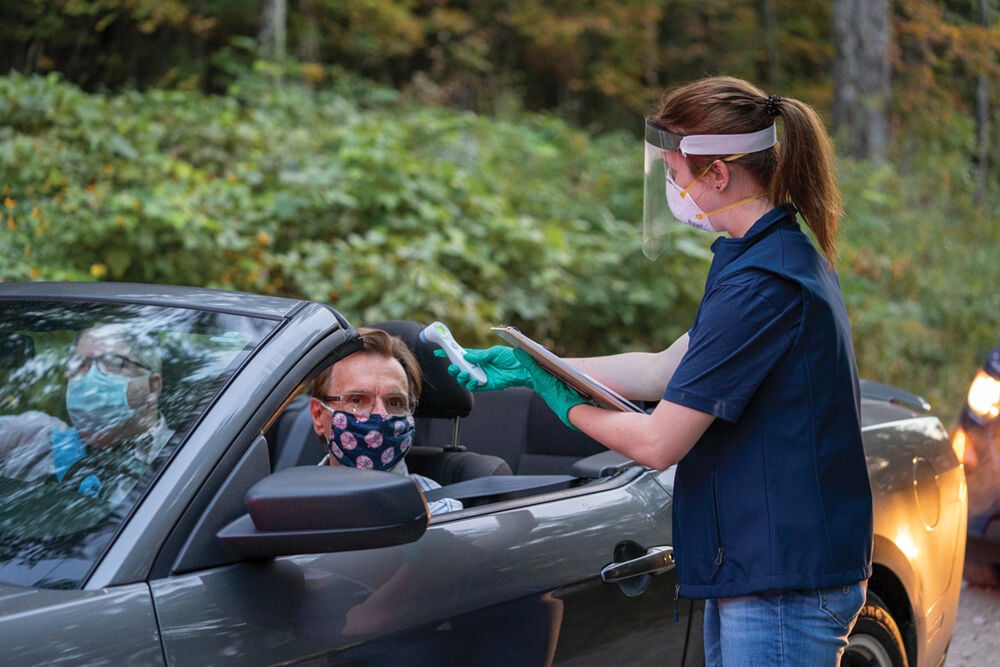 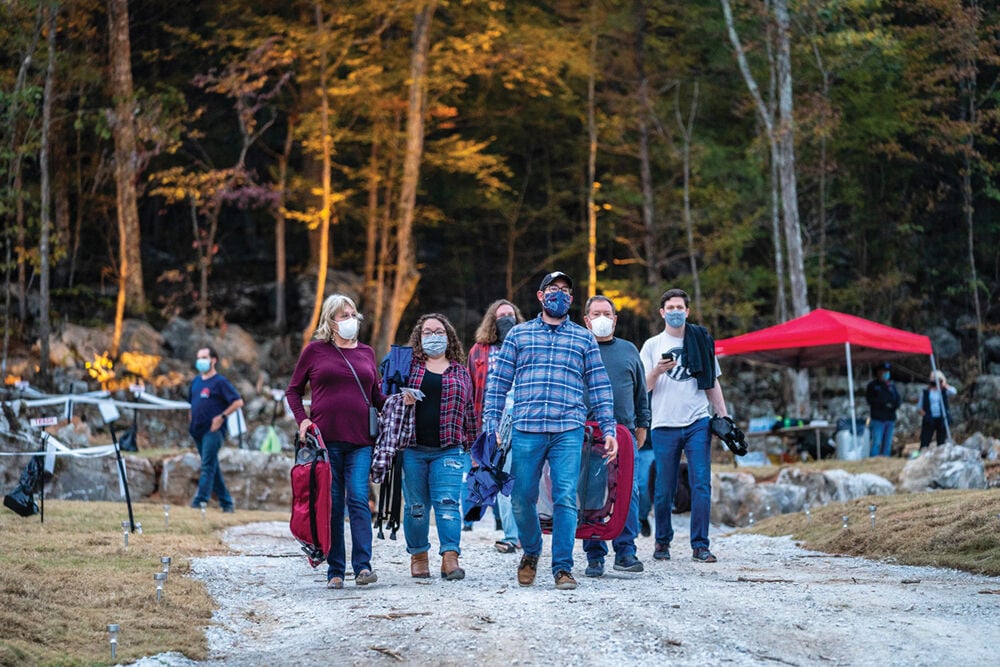 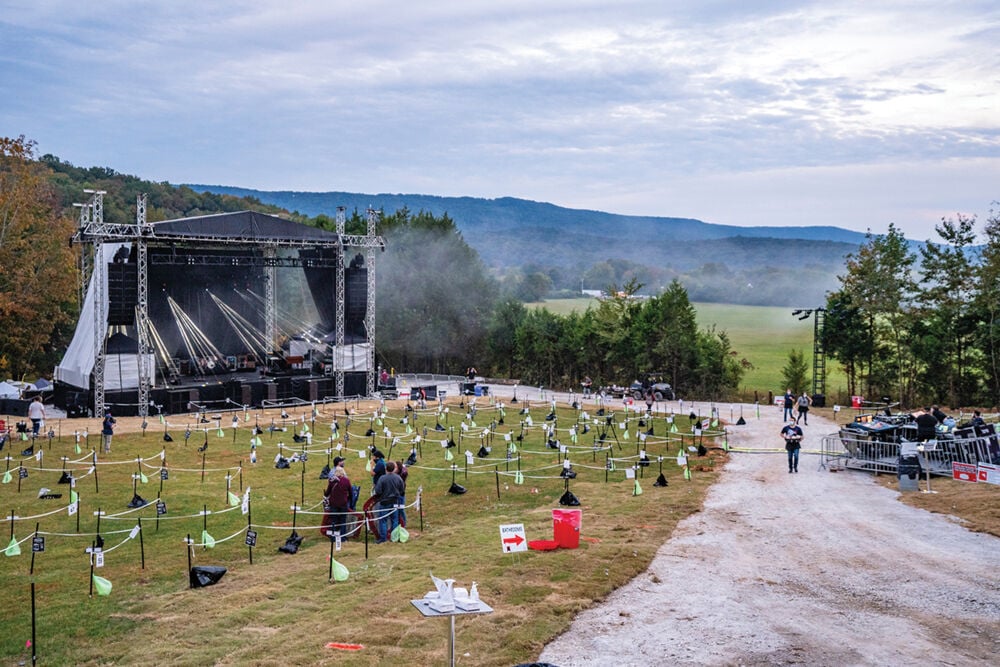 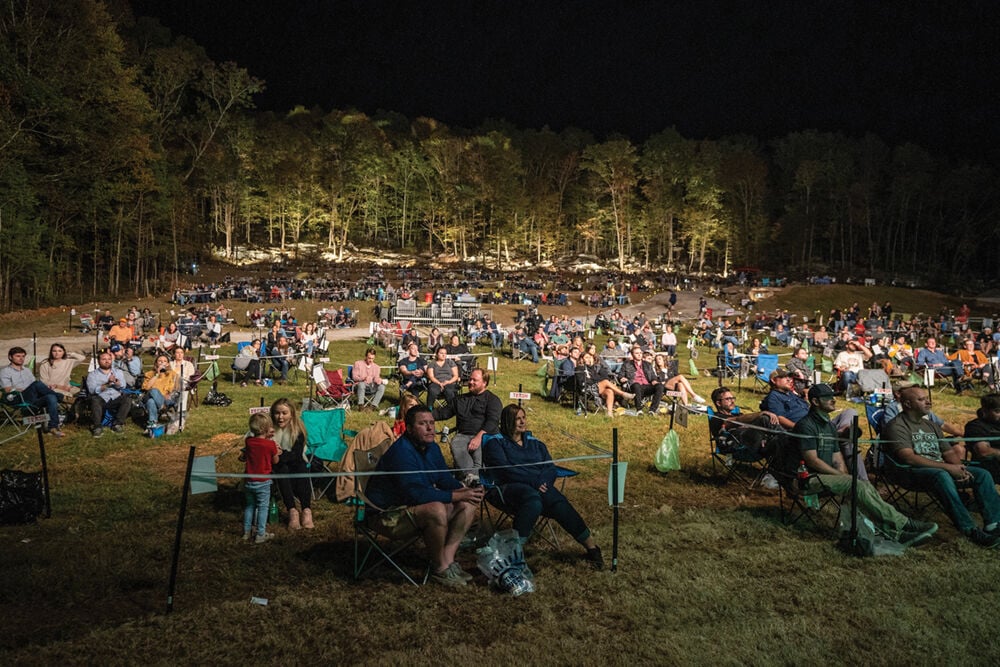 Just off interstate 24 and down twisting country roads in Pelham, TN is a cave that boasts “The Greatest Show Under Earth.”

Located in Grundy County, Tennessee, The Caverns is a world-renowned destination for underground live music, home of the Emmy-winning PBS television series Bluegrass Underground, and a magical cave system for different skill levels of exploration.

Underground shows are hosted in a section of The Caverns historically known to locals and cavers as the Big Mouth Cave because of its impressive, large archway entrance.

“We went from being in an ideal position of business to wondering if we should have to shut down,” Mayo says.

As Covid threatened to shroud his dreams, Mayo couldn’t let it all slip away and sought alternative solutions to live music performances.

“If necessity is the mother of invention then desperation is the father,” says Mayo laughs. “We were in fact desperate and were resigned to the fact that we couldn’t do anything. We tried, but couldn’t make the numbers work at the suggested 20 percent capacity [that the CDC recommended].”

Mayo and company started looking at the existing exterior landscape surrounding the cave property and it was it appeared difficult and unaffordable to use the property.

“There are huge boulders left over from the ice age and there was just no way to affordably clear the land, so instead we moved them around and used them to create a truly epic music experience,” he says.

On October 8, 2020 during the COVID-19 pandemic, The Caverns opened a new above ground venue, The Caverns Above Ground Amphitheater, to bring back live music in a responsible way with outdoor, socially distanced concerts.

“We didn’t want to do anything that was unsafe and neither did bands, but we needed to have live music so we set out to do it right,” Mayo says.

The Caverns Above Ground Amphitheater is situated on a hillside right above Big Mouth Cave and overlooking the beautiful Payne’s Cove and has a capacity of 1,000 people in pods.

During the pandemic, guests have staggered arrival times, answer wellness questions, receive temperature checks, bring their own chairs, travel throughout the venue on wide paths to allow social distancing, and wear masks at all times except when inside their 2-person, 4-person or 6-person pods which have a minimum of 6 feet of space between one another.

Jason Isbell & The 400 Unit committed to four nights in October and they all sold out.

“Isbell was the test and it proved that we can do this so that everyone from the venue to the bands to the audience felt safe,” Mayo says. “We all needed a sense of normalcy to close out the end of a weird year.”

The Caverns boasts a steady lineup of bands starting in March 2021 and runs above and below ground throughout the year.

The schedule is a staggering lineup of talent. For example…in 2019 half of these bands had headlined the Ryman Auditorium, Red Rocks Amphitheater or both.

Some shows to look forward to include:

For cave concerts, The Caverns can accommodate 850 people in padded chair seating or up to 1,200 people for standing-room only shows, according to information provided by The Caverns. What’s more, the subterranean concert hall is equipped with state-of-the-art sound and lights, has well-appointed restrooms, and offers delicious food and beverage concessions including craft beer, cider and seltzers.

The Caverns stays 59 degrees year-round with 91% humidity. The cave feels cool when it’s hot outside and warm on cold weather days.

Daily guided tours include a journey through Big Room Cave, an awe-inspiring underground room which gets its name from its massive size. During the tour, guests learn a little bit about geology, cave lore, and the unique history of Grundy County. Adventure cave tours take guests even deeper inside The Caverns cave system and include the adventurous “Tombstone Pass.”

Whether you’re attending a concert or taking a cave tour, be sure to bring a light jacket and wear comfortable shoes.

If you book an Adventure Cave Tour, The Caverns provides all the caving gear you’ll need.

For concert-goers, “Stay-and-Cave” packages are available with lodging and transportation to and from the venue.